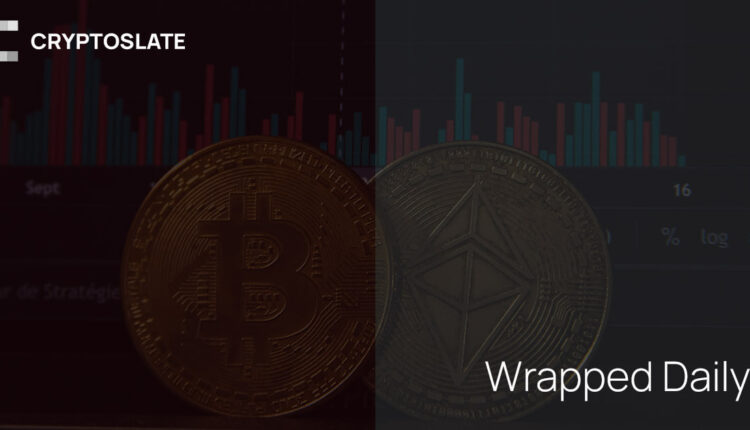 The biggest news in the cryptoverse for Jan. 16 saw the founders of Three Arrows Capital (and the founders of CoinFLEX) raise funds for a new crypto exchange. Elsewhere, former FTX CEO Sam Bankman-Fried faced harsh words from former FTX.US president Brett Harrison. Plus, Binance has recovered funds from an attack on the DeFi platform Harmony, ImmutableX has topped web3 funding charts, and Korbit is monitoring the accounts of employees and their families. Plus, research on Bitcoin’s price action.

GTX is designed to help creditors of bankrupt exchanges like FTX, Celsius, BlockFi and Mt.Gox lay claims on their holdings and used the claims for trading.

According to a pitch deck made available to CryptoSlate, the GTX team is looking to raise about $25 million to fully develop the exchange.

Sharing his experience during the 17 months running FTX US, Harrison said that SBF resorted to cutting him off from critical decisions about the US division of FTX when things soured between the two.

The hacker previously tried to use Binance to launder the stolen funds, but the account was frozen, according to CZ’s tweet.

The collaboration between the two exchanges also foiled the hacker’s new attempts to use Huobi, as confirmed by Huobi’s advisor Justin Sun.

Immutable X (IMX) games raised the most significant amount in Web3 funding in 2022, according to a recent report by Delphi Digital.

With these investments, Immutable X passed Solana and Polygon to become the most funded Layer-2 Web3 game ecosystem in 2022. Immutable X grew from five games to over 100 throughout the year, according to the report.

Korbit exchange announced plans to monitor the accounts of its employees and their family members in a bid to improve internal control standards, according to local media reports.

News 1 Korea reported the announcement and said that the additional monitoring of family members was not mandatory in the country for now.

Korbit CEO Oh Se-Jin said the extensive monitoring is part of efforts to bring the exchange’s internal control standards to the level of traditional finance, according to the report.

Executives and employees of crypto exchanges are legally prohibited from trading on the exchange they work for based on South Korea’s Enforcement Decree of the Specified Financial Information Special Act.

For the first time since April 2022, the Bitcoin Fear & Greed Index (FGI) has moved out of the ‘fear’ zone and into ‘neutral.’

Over the weekend, Bitcoin reached a score of 52 on the index as Bitcoin pushed over $21,000.

As of press time, the score has retraced slightly to the bottom end of the ‘fear’ scale at a rating of 45. The index started the year in the ‘extreme fear’ zone, indicating that bearish sentiment had control of the market at the start of January.

However, as Bitcoin rallied from the $15,600 to $17,200 range held throughout November and December, the FGI moved away from extreme fear.

Bitcoin options traders have overwhelmingly re-revised their expectations to $30,000 by the end of March, according to Glassnode data analyzed by CryptoSlate.

Recent price action took a decidedly bullish tone during the second week of the new year.

Since Jan. 8, BTC recorded seven consecutive green daily closes, which took it 25% higher and recaptured $20,000 for the first time since the FTX collapse roughly nine weeks ago. With that, sentiment among options traders has become more bullish.

Previous research highlighted bullishness among Bitcoin and Ethereum options traders, as denoted by the prevalence of Open Interest calls, over puts, in both instances.

Calls and puts refer to the buying and selling, respectively, of options. These derivative products give holders the right, but not the obligation, to buy or sell the underlying asset at some future point for a predetermined price.

The spread of calls and puts at varying predetermined (or strike) prices indicate general market sentiment.

At that time, for Bitcoin, the range between $15,000 and $20,000 was favored due to the relatively even spread of calls and puts within this spread. However, due to recent buoyant price action, Bitcoin options traders have flipped even more bullish.