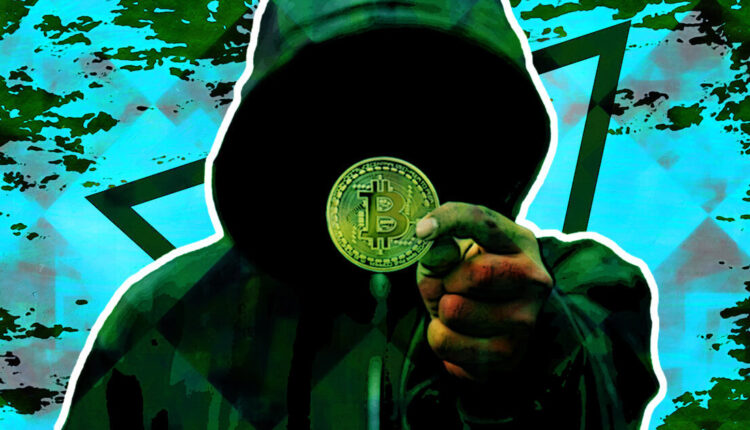 Many, especially those holding anti-crypto sentiment, interpreted the results to mean Bitcoin investors are calculating psychopaths that lack humility. However, researchers were keen to stress that their findings did not necessarily indicate that.

What’s more, further analysis of the study showed flaws to do with bias and the use of objectively untrue assumptions, which cast doubt on the association between cryptocurrency investors and dark traits.

What is the dark tetrad?

Delroy Paulhus and Kevin Williams coined the term dark triad of personality in their 2002 study, published in the Journal of Research in Personality, called “The Dark Triad of personality: Narcissism, Machiavellianism and psychopathy.”

In a sample of 245 students, Paulhus and Williams measured for narcissism, Machiavellianism, and psychopathy using “standard measures,” laboratory and self-reported correlates.

They said people who score high in these traits are more likely to commit crimes, cause social distress, and create problems in the workplace. These individuals exhibit behaviors including disagreeableness, callousness, deceitfulness, egocentrism, lack of honesty and humility, and the tendency to manipulate and exploit others.

The pair concluded that the dark triad of personalities are overlapping but distinct constructs.

Other researchers have since expanded on Paulhus and Williams’ work by adding a fourth personality trait to the mix – sadism, which refers to deriving a sense of pleasure from acts of cruelty.

The term dark tetrad refers to the four dark traits of narcissism, Machiavellianism, psychopathy, and sadism together.

What about the dark tetrad and Bitcoin?

Researchers Brett Martin, Polymeros Chrysochou, Carolyn Strong, Di Wang, and Jun Yao published a study this month on the influence of the dark tetrad traits as they pertain to cryptocurrency attitudes.

The team acknowledged that Bitcoin and cryptocurrencies have seen tremendous growth recently and wished to scrutinize why individuals would seek to “buy risky investments.” More on that later.

566 people were asked to complete online personality surveys and answer questions related to conspiracy beliefs, positivity, and the fear of missing out.

“The following mediators were examined as reasons for people buying crypto: (1) conspiracy beliefs (e.g., distrust of government), (2) positivity and (3) fear of missing out (FoMO).”

Through compiling and correlating the responses, they found:

Narcissists like crypto as they tend to hold faith in the future and have confidence that their lives will improve over time. The narrative that “crypto is a way out” is a strong draw for the narcissist.

Machiavellians like crypto as they tend to distrust politicians and governments. Typically, crypto advocates believe governments are corrupt, and that crypto is a way to counter political corruption.

Psychopaths lack emotional intelligence and empathy. Martin et al. noted psychopaths are more resistant to stress and anxiety and purposely seek risk-taking behaviors, including gambling. Psychopaths like crypto because they fear missing out on gains that others are experiencing.

Sadists enjoy the suffering of others, and while investing in crypto is unlikely to harm other people, sadists like crypto because, similar to psychopaths, they too don’t wish to miss out on potential gains either.

The danger of research bias

Pannucci and Wilkins, in their 2011 study titled “Identifying and Avoiding Bias in Research,” said bias can occur during any of the planning, data collection, analysis, and publication phases of research.

Understanding this means readers should view all scientific studies with a critical eye. And, in the case of the dark tetrad study, it could be argued that Martin et al. approached the planning of this study with a negative bias against cryptocurrency.

Martin et al. set out to learn more about the relationship between the dark tetrad and cryptocurrency attitudes. As such, the researchers had already associated a negative bias towards cryptocurrency investors.

“we wanted to know about the relationship between the so-called “dark tetrad” personality traits and attitudes towards cryptocurrency.”

It would be interesting to find out more about the relationship between the light triad personality traits and cryptocurrency attitudes.

The light triad traits consist of Kantianism, treating others as you would like to be treated, humanism, a belief that people can work collectively for the benefit of all, and faith in humanity, acknowledgment of the “good” in everyone.

A key component of the dark tetrad study is the notion of distrust in the politicians and government. Researchers categorized the trait of Machiavellism, which they associated with distrust of politicians, as negative/unwanted/linked to incorrect thinking.

Yet there are countless examples of political corruption that give good reason not to trust governments. As such, is it fair to say distrust of government is a “dark trait?”

Similarly, the whole basis of the dark tetrad study was to find out more about why people would choose to put money into risky investments. While cryptocurrency investment is seen as risky, over the long-term Bitcoin has proven itself significantly less risky than fiat.

Therefore, to label cryptocurrencies as “risky investments” is another example of bias that doesn’t take into account time frames. In doing so, researchers made a presumption that isn’t objectively true, at least not across a long time frame.

Taking these points into consideration, could it be that crypto investors are merely informed individuals who are preparing for the worst by spreading risk in alternative investments?

If so, then people who exhibit these qualities could be described as cultured, knowledgeable, and more relevantly, cautious and risk-averse. All of which are far from undesirable traits.