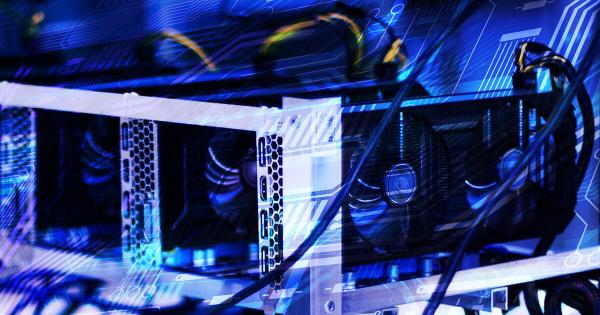 Compass Mining is a Bitcoin (BTC) hosting company offering managed mining services to Bitcoin miners. Customers can purchase ASIC miners from the Compass website and have them installed at one of several locations.

One such facility is owned by Dynamics Mining which today released a notice stating that its “facility hosting agreement in Maine was terminated… for failure to pay power consumption charges.”

The charges allegedly came to $1.2 million, of which just over half has been paid over the past 6 months.

The facility is in Maine, a state with the highest electricity cost in North America. The expenditure could be a factor in Compass Mining’s inability to pay. However, the facility in question claims to be 100% renewable and carbon-neutral so it is possible that local electricity costs are not as applicable in this case.

CryptoSlate reached out to Compass Mining for comment but they replied that they “cannot at this time.” One Twitter user reported that Compass Mining’s Discord server has been decommissioned following the news. Whether any of Compass Mining’s other facilities are affected by its inability to pay energy costs is currently unknown. Neither is the fate of customers Bitcoin miners. The terms of the hosting agreement with Compass Mining reads,

“In the event of an emergency, as determined in Compass’ or Hosting Facility’s reasonable discretion, Compass and/or Hosting Facility may rearrange, remove, or relocate Customer Hardware without any liability to Compass.”

The hardware agreement also contains a class-action clause meaning that should customers wish to file a lawsuit against Compass Mining they will have to do so individually at great individual cost. There are around 12MW of available hashrate at the Maine facility following the shutdown of Compass Mining.

At the end of a hosting term, customers have the option to “have your miner shipped directly to you” according to the website.

Miners who have an ASIC machine situated in Maine may now need to arrange shipping to get their equipment back unless an agreement can be made between Compass Mining and Dynamics Mining.