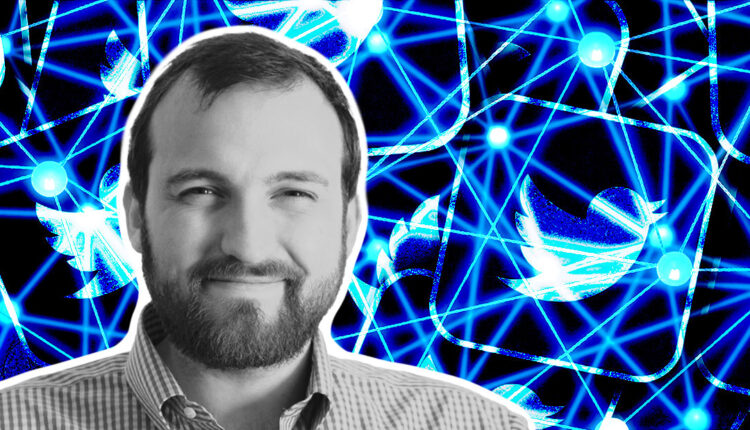 Cardano’s founder Charles Hoskinson has told Elon Musk that he’s willing to help him build a decentralized version of Twitter.

@elonmusk Elon if Twitter rejects your offer, then hit me up. Happy to build a decentralized one

This is coming after Musk submitted a $43 billion offer to assume full control of the popular social media platform with the intent of taking it private and protecting free speech.

Musk’s offer has elicited different reactions from the board, with one key shareholder, Saudi Prince Alwaleed bin Talal Al Saud, rejecting the offer while another member of the board increased its holdings of Twitter stocks to over 10%.

I don’t believe that the proposed offer by @elonmusk ($54.20) comes close to the intrinsic value of @Twitter given its growth prospects.

Being one of the largest & long-term shareholders of Twitter, @Kingdom_KHC & I reject this offer.https://t.co/Jty05oJUTk pic.twitter.com/XpNHUAL6UX

With this move, Musk is no longer the largest shareholder of the social media platform, as his holdings pale against that of the Vanguard Group.

Twitter’s crypto community, however, has derided Hoskinson’s offer, meeting it with different snide jokes about how long it would take him to build the platform.

The chief architect of Telos blockchain, Douglas Horn, predicted that it won’t be ready until 2035. Another user stated that if it’s anything similar to what Hoskinson has built before, it won’t scale.

It will only be able to send 10 messages a minute and take 5 years to build.

These comments refer to the several issues that have plagued Cardano blockchain since its launch. Although Cardano has seen significant development in recent months, it’s still far from fulfilling its potential and lag behind similar networks with smart contract capabilities.

Per SBF, web3 technology can be used to monetize the platform creatively, and it would also allow users to be able to properly moderate their communities, thereby taking the pressure off the company on what to ban or leave.

One of SBF’s proposed changes is that tweets will now go on-chain, in other words, encrypted. This is because the sender would be allowed to choose who has access to them, and the implication of this is that DMs and tweets will become unified.

He also noted that the site would inadvertently see more use for crypto, playing into the level of integration the space has seen with its Bitcoin and Ethereum tip alongside NFT avatar integration.

This would also corroborate the views of Musk, who had suggested that users could play for Twitter Blue subscriptions with Dogecoin.

Emirates airline launches NFT as it flies into the Metaverse