Ethereum leads the charge against Bitcoin, rising 61% since June — Flippening price target at $3,750 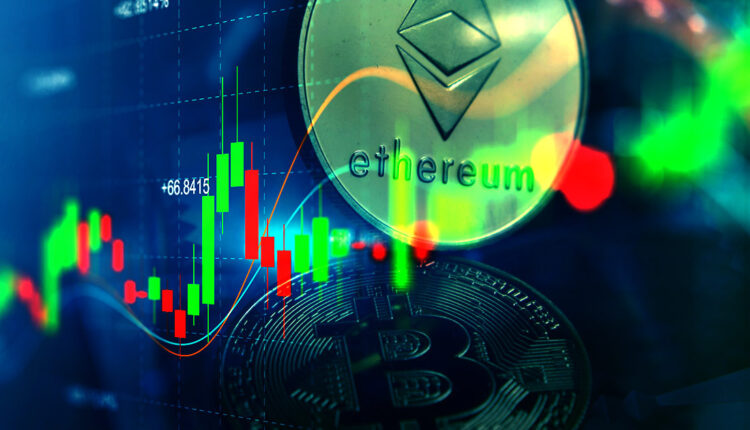 Ethereum is outperforming Bitcoin ahead of The Merge in September, with the second largest cryptocurrency by market cap rising 61% against Bitcoin since June.

The below chart shows the price of Ethereum against Bitcoin since 2018. ETH has finally passed the 0.077 BTC level not seen since January 2022; now just 12% off a 4-year high.

The bullish sentiment may reignite the hopes of a Flippening whereby Ethereum surpasses Bitcoin in market cap.

Ethereum reached a peak of 0.15 BTC in 2017 and has struggled to regain 0.1 BTC since February 2018. News of the upcoming Merge finally becoming more than a pipedream seems to have ignited the market to favor the smart contract-enabled blockchain over Bitcoin, at least in the short term.

The following chart plots the price of Ethereum against both the US Dollar and Bitcoin. It is clear that Ethereum is currently rising at a greater pace against Bitcoin than it is against the dollar, indicating a strong position in the broader crypto market.

Ethereum is also dominating on other metrics such as the number of active addresses and number of transactions. Both metrics began soaring around July, with Ethereum now recording almost 100k more active addresses than its rival Bitcoin.

However, a key indicator may suggest that the Ethereum resurgence could be short-lived. The amount of Ethereum held on exchanges has risen over the past several months, while Bitcoin levels have declined significantly. This change may indicate that the rise in Ethereum dominance against Bitcoin is being driven by speculation on The Merge instead of investors looking for a long-term hold.

Another chart shows the strike prices of Ethereum options with out-of-the-money calls receiving massive open interest. Strike prices with high volume go as high as $10,000 for ETH, which would increase 455% from the current price. These calls are likely being used as a part of a more complex trading strategy whereby the trader also shorts or buys puts at a lower strike price to minimize risk.

The reality is that Ethereum is outperforming Bitcoin at the moment. On-chain data such as active addresses indicates that this plays out with users interacting with the network rather than simply HODLing.

The increasing level of Ethereum on exchanges does temper this sentiment slightly, but an increase in the volume of coins held on exchanges is by no means a perfect indicator of bearish sentiment.

There is just over one month left before we all find out whether The Merge is really the catalyst for Ethereum to finally flip Bitcoin.

Ethereum is recovering its dominance over stablecoins