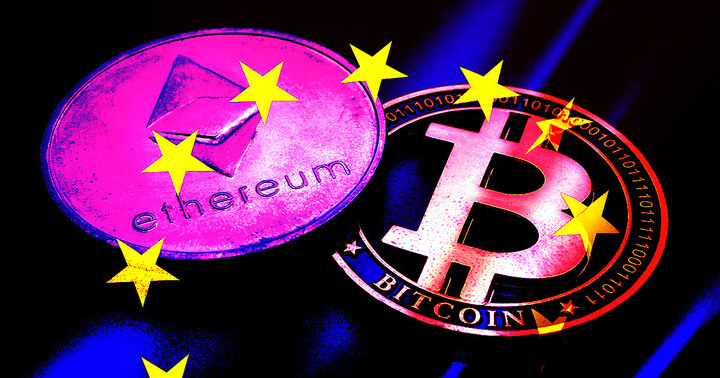 As expected, the report specifically mentioned Bitcoin. However, it also raised issues with Ethereum, despite its transition to a Proof-of-Stake (PoS) consensus mechanism.

Researchers compiled estimated carbon footprint data on the above tokens and evaluated whether they undermine the E.U.’s commitment to fighting climate change. It then discussed policy options, including a 2025 deadline for “potential measures.”

Bitcoin and Ethereum are identified as environmentally damaging

The data also showed that estimated annual emissions, as of May 2022, exceeded target greenhouse gas (GHG) emission savings for many Euro-zone countries.

The report acknowledged industry initiatives, such as Ethereum’s PoS transition and the Bitcoin Mining Council’s efforts to “decarbonize” and educate on the sustainable mix of energy sources used in BTC mining.

But researchers largely dismissed the last point because of unclear methodology, lack of details, and unreliable data. Moreover, although such initiatives were welcomed, the report stated they are voluntary while also pointing out a conflict of interest between energy consumption and network security.

The report mentioned several scenarios resulting from a potential clampdown on PoW mining. For example, considering the institutional money in Bitcoin and, to a lesser extent Ethereum, researchers said the financial sector is exposed to “transition risk.” Meaning, that the E.U’s “green transition” could affect prices, in turn, affecting institutions invested in these tokens.

It also referred to an outright PoW mining ban, citing previous drives to action this, such as recent initiatives pushed by the Swedish Financial Supervisory Authority and the Swedish Environmental Protection Agency. In a further blow, researchers said certain crypto-assets are “highly unlikely” compatible with environmental, social, and governance (ESG) objectives.

The report spoke of the debate among lawmakers on the appropriate course of action, citing the recent approval of the Markets in Crypto-assets (MiCA) framework on June 30.

MiCA did not enact a ban on PoW mining and was praised as providing a much-needed framework for the cryptocurrency industry. However, it set about several heavy-handed requirements, especially for stablecoin issuers, who must hold adequate redemption reserves and be limited to a daily maximum transaction volume of €200 million.

Commenting on the framework, Seth Hertlein, Ledger’s Global Head of Policy, pointed out that lawmakers snook in a backdoor PoW mining ban via a requirement to reassess sustainability standards in two years.