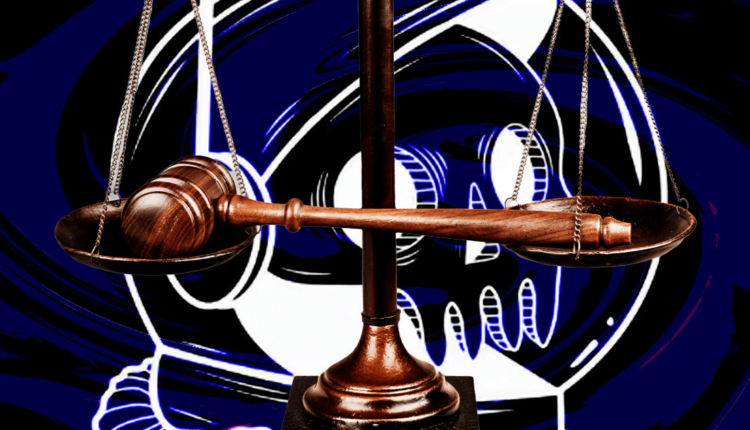 The Department of Justice for the Eastern District of New York unsealed a criminal complaint on Jan. 5 against  Mutant Ape Planet developer Aurelien Michel for defrauding investors.

Michel was arrested at JFK Airport on Jan. 4 and will stand before a magistrate within 24 hours.

This is the first time such charges have been filed against an NFT project within the Eastern District of New York.

Furthermore, the language within the complaint emphasized that “none of the promised benefits were provided” to holders of the Mutant Ape Planet NFTs. Instead, Michel allegedly failed to deliver on the project’s roadmap and pulled funds into his own wallets. The complaint also referred to the NFTs without the “promised benefits” as a “worthless asset.”

“As alleged, the defendant used a traditional criminal scheme to defraud consumers eager to participate in a new digital asset market. Protection from fraud and manipulation extends to all consumers and investors, including those participating in the fast-evolving market for NFTs and other crypto assets.”

The charges stated that Miche “falsely promised numerous rewards and benefits designed to increase demand for, and the value of, their newly acquired NFTs.” The alleged “rug pull” resulted in Michel attempting to walk away with $3 million in investors’ funds.

Mutant Ape Planet offered “exclusive opportunities for additional investments, giveaways, merchandise, and other rewards.” Investors received the NFT but no additional benefits. Thus, failure to deliver on the benefits listed in the roadmap has been deemed a criminal offense in New York.

Michel is alleged to have said in a Discord chat that “we never intended to rug, but the community went way too toxic.” However, Michel went under the pseudonym “James” to conceal his real identity.

The project minted in February 2022 for 0.15ETH. However, the smart contract had a “release” function that allowed Michel to move funds into personal wallets. He was identified due to the wallet being on an exchange account that he had KYC’d.

While a $3 million NFT rug pull may be an unfortunate normality in the crypto space, the DoJ prosecuting a project for failing to deliver on additional benefits may be a landmark moment for NFT regulation. Moreover, should the complaint lead to a conviction, it would set precedent for NFT projects.

Much of the NFT space is a wild west in terms of regulation. With defined guidelines from governing bodies, the clarification will come from the courts.