Persistent low volume could cause Bitcoin price to plummet to $12k if it falls below $17.5k 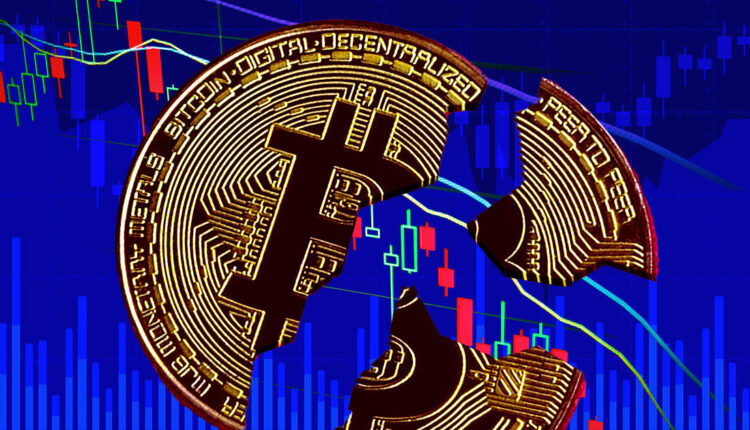 Recent on-chain metrics suggest that a Bitcoin (BTC) bottom might be forming, but the chances of the flagship asset dropping below its lowest value are increasing due to weak volume.

Due to current macroeconomic conditions, among other reasons, BTC has seen its value drop below $20,000 on several occasions in the past few weeks, forcing analysts to issue warnings about the possibility of the asset trading below $17,500.

New data analyzed by CryptoSlate shows that if BTC were to breach below the $17,500 level, it could plummet to as low as $12,000 as its volume around that point is weak.

The URPD identifies at what prices the current Bitcoin UTXOs were created. With the entity-adjusted version, it is easy to see each group of holders and the price bucket at which these entities acquired their coins.

Analysis of the Glassnode chart shows that most of the buyers recently are short-term holders, i.e., those who have held their BTC for less than 155 days.

Research shows that most whales tend to sell once market conditions become unfavorable. However, selling at this point could significantly affect BTC’s price. Generally, low volume is a major concern when there’s a major deleveraging event.

Judge rules in favor of Ripple against SEC; Bitcoin decouples from legacy markets

How inflation and debased fiat currencies are pushing investors to Bitcoin