US Senator Toomey unveils permissive stablecoin bill prior to retirement 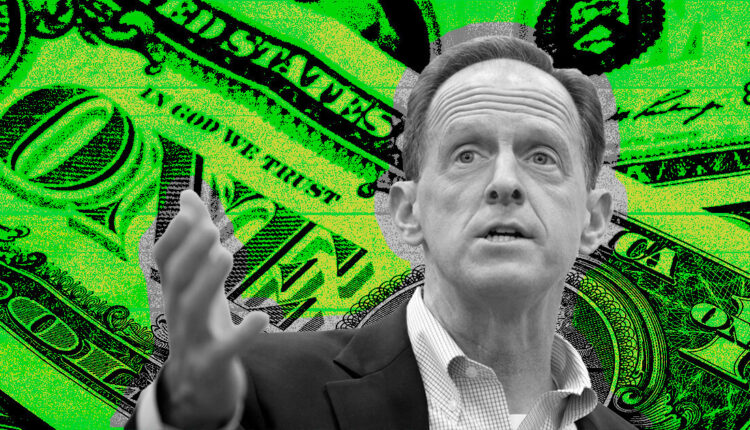 Soon-to-be retired U.S. senator Pat Toomey introduced a bill on Dec. 21 that could pave the way for a more open stablecoin framework beginning next year.

The bill would also establish public disclosure requirements for entities that issue stablecoins. These issuers would be required to disclose their redemption policies, indicate which assets are used as collateral and publish attestations from accounting firms.

Issuers would also need to back their stablecoins with “high-quality liquid assets,” according to a summary of the bill published alongside today’s announcement.

A discussion draft of the Stablecoin TRUST Act was previously introduced in April and the full bill was introduced on Dec. 21.

Toomey said that this model aims to encourage competition by ensuring that companies other than insured depository institutions can issue stablecoins. He also stated that the bill will stop the U.S. Federal Reserve ⁠— noted for its cautionary stance toward stablecoins ⁠— from blocking developments around future legislation.

Toomey is expected to retire in the coming weeks. In light of that fact, Toomey clarified that the bill is intended to help other legislators pass legislation in 2023. He said:

Stablecoins are an exciting technological development that could transform money and payments…I hope this framework lays the groundwork for my colleagues to pass legislation next year safeguarding customer funds without inhibiting innovation.

Proposals issued by other U.S. lawmakers this summer have put forward stricter rules that would treat stablecoin issuers much like banks. Such proposals could restrict non-financial companies from issuing stablecoins, potentially limiting the ability of top stablecoin firms like Tether and Circle to operate within the U.S.

However, Toomey is known for his efforts to liberalize crypto legislation, and as such the Stablecoin TRUST Act’s broad allowances are expected.

Toomey has been involved in other efforts to create more open crypto legislation in recent years. This summer, he undertook an effort to grant tax exemptions to small crypto holders. In 2021, he opposed a controversial infrastructure bill that would have expanded rules for crypto brokers to several other types of companies.

Toomey also put forward a bill on Dec. 21 that seeks to reduce the number of Federal Reserve banks over concerns about their left-wing political alignment.

Aave founder offloads entire LDO bag over 12 months for a total of $2.4M

US leads weak Bitcoin and Ethereum accumulation into festive period