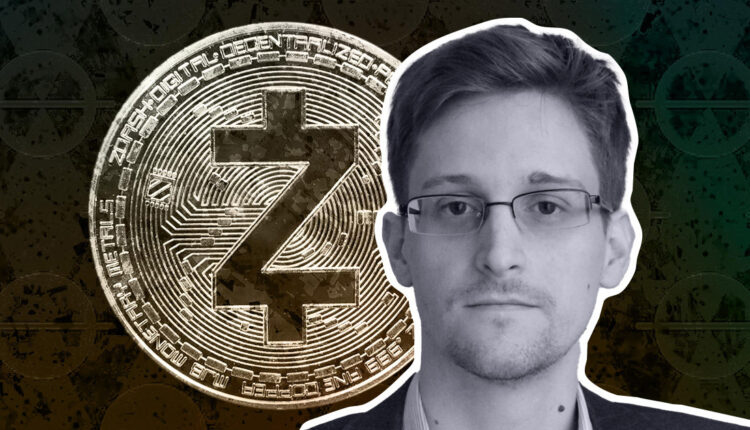 Zcash Media has revealed famous NSA whistleblower David Snowden is John Dobbertin, the final pseudonymous person that helped create the privacy cryptocurrency Zcash (ZEC). Snowden confirmed this revelation during an interview with Zcash media. The 37 Laines division published an educational video based on the interview.

Dubbed The End of Zcash’s Trusted Setup: Who is John Dobbertin?, the video aired on Zcash Media’s YouTube and Odysee channels.

In the video, which is just over nine minutes long, Snowden said,

My name is Edward Snowden. I participated in the Zcash original ceremony under the pseudonym John Dobbertin.

He added that he decided to take part in the ceremony, which was monumental to the launch of ZEC, because several trusted academic cryptographers were working on the project. Snowden praised ZEC’s private ledger, which fosters free trade through private transactions. According to him, it is impossible to have a free society without free trade.

Delighted in the milestones that Zcash has achieved thus far, Snowden said,

I’m just really happy to see that the Zcash project, which I’ve never really worked intimately with, has managed to keep moving beyond the initial steps to keep improving and sort of move us closer and closer towards that ideal of a free currency which is also a private currency.

Events that led Snowden to admit his participation in ZEC

Detailing what led Snowden to reveal his role in ZEC’s creation, the video featured Sean Bowe, an Engineer at Electric Coin Company, the firm behind ZEC. In his segment, Bowe talked about how he came up way to bypass the Trusted Setup system, which made holding ceremonies irrelevant.

With Trusted Setups being a thing of the past, Zooko Wilcox, the CEO of Electric Coin Company, sent Snowden a note asking him to agree to disclose his real identity.

In response, Snowden agreed on the terms that Wilcox makes it clear he only participated out of public interest and that he neither got paid nor received a stake in the Zcash project.

News of Snowden’s contribution to the Zcash project has had little impact on ZEC. At the time of writing, the token is up 1.61% in the day to change hands at $149.11. This value represents a 23.16% drop over the past 30 days. Last month’s gains came after U.S Treasury Secretary Janet Yellen accidentally leaked details of President Biden’s Executive Order on Crypto.

Was the CIA behind Bitcoin creator Satoshi Nakamoto’s ‘disappearance’?

Polygon’s ecosystem is surging with a 170% YTD growth and over 19,000 dApps deployed