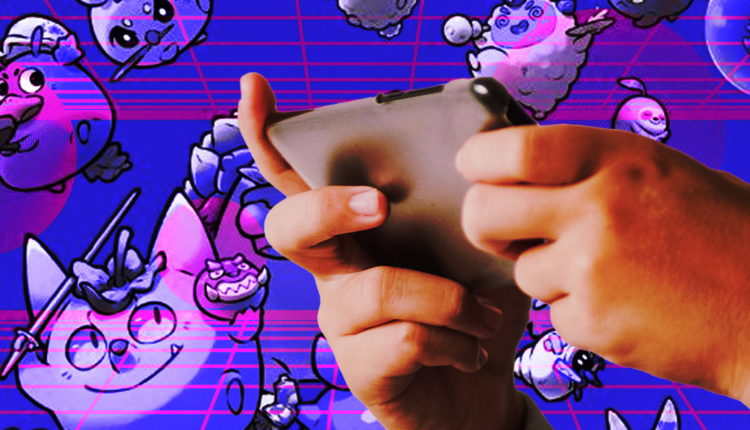 Axie Infinity co-founder and CEO Trung Nguyen recently took to Twitter to inform the community that “nature is healing.”

The fall of Axie Infinity

At its peak, the Pokemon-inspired play-to-earn game was trouncing the competition. A chart posted by @WuBlockchain, from November 2021 showed Axie Infinity’s revenue was almost 3x higher than the next nearest dApp, dYdX, at $191 million over the previous month.

The knock-on effect saw the AXS governance token approaching its ATH ($157.75,) and the project seemed unstoppable.

But all hell broke loose in March when it came out that hackers had gained control over several validators on the Ethereum sidechain (Ronin) on which the game ran. This led to the loss of $615 million by draining ETH and USDC tokens.

It recently emerged the cause of the hack was a complex LinkedIn phishing scheme involving an intricate plan to bait a senior engineer at Axie Infinity developers Sky Mavis.

The plot involved several fake interviews, eventually leading to a generous job offer formally communicated via a PDF file. However, the PDF file was laced with spyware, which compromised the engineer’s computer upon opening the file. This offered an entry point that resulted in hackers assuming control of four of the nine network validators.

Recently, the Ronin Bridge re-opened, with developers keen to stress the safety of users’ funds, the audit procedures that have since happened, and a new “Land Staking” feature.

The Ronin Bridge is open!

• All user funds are fully backed 1:1 by the new bridge.
• The bridge has undergone an internal audit and two external audits.
• We are still on track to release Land Staking this week.

Come back in the making?

The March hack had devastating consequences on the project. The chart below shows Axie Infinity’s daily sales volume peaked at $40.8 million on November 4, 2021, followed by a sharp drop-off.

This indicates that even before the hack, users were losing interest in the game. This can be attributed to several things. Firstly, it requires a team of three Axies to play, buying even the cheapest meant shelling out approximately $1,000 at the time.

Then there was also the declining price of the Smooth Love Potion (SLP) in-game currency. An update that significantly reduced daily SLP rewards didn’t help matters.

“For instance, an average player at around 1.5kmmr may earn 50 SLPs at the current price of $0.0268. That’s a terrible return for 1 hour of gameplay.”

Nonetheless, in a bid to rebuild trust and start anew, Nguyen tweeted that “nature is healing,” meaning metrics on sales volume, downloads, and land staking, suggest things are turning around.

A significant factor in making a comeback is the price of SLP. At its peak, SLP was trading for close to $0.40. However, with a current price of $0.00403565, there is downward pressure on incentives to play the game.

Whether land staking, can significantly offset this pressure remains to be seen. With land staking, users stake the more buoyant AXS token for AXS rewards.