Binance denies US DOJ looking to prosecute the exchange, says Reuters is ‘wrong’ 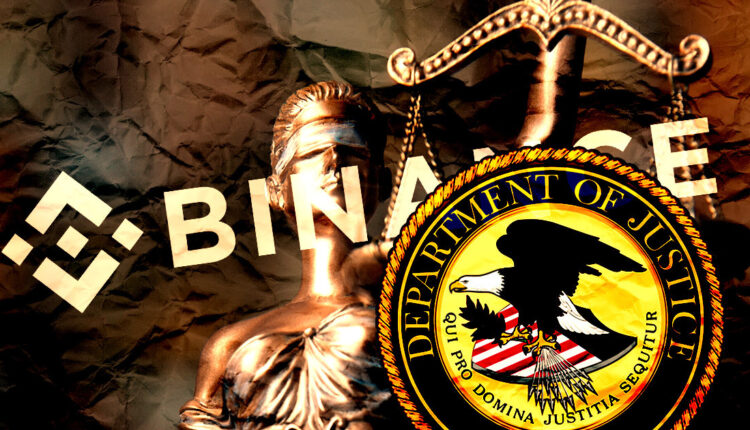 Binance said on Dec. 12 that Reuters falsely stated that the U.S. Department of Justice is looking to prosecute Binance over money laundering changes.

In the statement, Binance claimed that Reuters was “attacking our incredible law enforcement team” as the company shared the press release sent to Reuters. The company also shared a new blog post focused on its ” Fight Against Crypto Crime.”

Reuters has it wrong again.

Now they’re attacking our incredible law enforcement team. A team that we’re incredibly proud of – they’ve made crypto more secure for all of us.

Here’s the full statement we sent the reporter and a blog about our remarkable law enforcement team.

The announcement comes after several denials from Binance regarding stories shared by Reuters over the past few months. In October, Binance CEO CZ hit out against a Reuters reporter who allegedly planned to write stories about his children.

The Reuters article claimed that Binance representative Kendall Day was engaging with the DOJ on a possible resolution of the case out of court. However, Binance contended that it was not working with the DOJ in a statement sent to Reuters, which is included in the report.

The Reuters investigation claimed that the U.S. Department of Justice (DOJ) is at the cross-road of charging Binance for allegedly facilitating money laundering activities.

According to Reuters, the investigation against Binance concerns unlicensed money transmission, money laundering conspiracy, and a violation of the U.S. Bank Secrecy Act. The leading exchange allegedly processed over $10 billion in payments for entities seeking to evade U.S. sanctions.

Reuters alleged that Binance CEO Chanpeng Zhao enforced strict secrecy rules on employees to cover up for his exchange’s violation. For example, Binance employees were informed to communicate using encrypted messaging services and to use email as little as possible.

In addition, Reuters claimed that Binance’s recruitment spree of 2021, which led to the hiring of top government investors, including former chief of MLARS, Kendall Day, was instigated to protect its interest during criminal investigations.

According to Reuters, some federal prosecutors involved in the investigation have significant evidence to indict Binance. However, the Money Laundering and Asset Recovery Section (MLARS) leadership has been hesitant to proceed with the prosecution.

“In recent months, prosecutors at NCET and the Seattle office concluded they had sufficient evidence to prepare charges not only against Binance, but also against Zhao and some other executives…” Reuters added.

In the article shared with Binance’s announcement, Tigran Gambaryan, Binance’s VP of Global Intelligence and Investigations, shared an overview of its efforts to combat crypto crime in 2022.

The article claimed that Binance had responded to over “47,000 law enforcement requests” since November 2021 with an “average response time of three days.”

Gambaryan praised the security team at Binance, calling out their wealth of experience as well as his own past roles within the IRS-CI. He went on to assert that:

“Given the people we now have, and the tools at our disposal, it’s possibly even the strongest in the entire financial sector.”

The Binance article was published on December 12, the same day the Reuters report was released.