Binance sees $12B withdrawn in 60 days 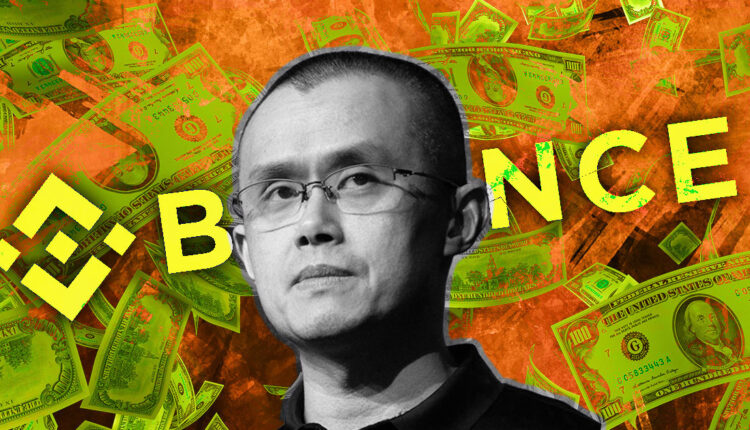 Binance has experienced a significant outflow of assets in the past two months, a recent report from Forbes found.

Forbes analysts dove deep into Binance’s wallets and found that the exchange saw around $12 billion of outflows since November.

Aside from the massive outflows, the report finds the discrepancy between reports of Binance’s holdings troubling. A lack of consensus among analytics platforms led Forbes to worry about foul play within the exchange, as some reports showed gaps of several billion dollars in Binance’s wallets.

However, the report only briefly addresses the state of the broad crypto market and underestimates its effect on Binance’s holdings.

Earlier in December, Binance made news as on-chain data showed the exchange lost $3 billion of assets in a single week. The exchange saw 4% of its total asset balance withdrawn, sending the market into a frenzy. At the time, Binance’s CEO Changpeng Zhao assured customers that the withdrawal amount wasn’t even among the exchange’s five largest and that there was no cause for concern.

Aggregating data from various crypto data firms showed that almost a quarter of Binance’s assets were drained from the exchange since the beginning of November.

According to CoinMarketCap, around 31% of Binance’s total assets sat in BNB on Jan. 4. This is significantly higher than the amount Binance disclosed in its November transparency report. However, Forbes believes that the 57 million BNB tokens reported by CoinMarketCap are “questionable.”

Namely, the number contrasts sharply with the number of BNB identified by Nansen, DefiLlama, and Arkham, which range from 22 million to 40 million tokens. Forbes’ own analysis of Etherscan found only 16 million BNB on the exchange.

Around 40% of Binance’s BUSD balance also left the exchange since November. The discrepancy between the data provided by analytics firms led Forbes to believe that Binance itself reported holding several billion BUSD less than the numbers provided by Nansen and DefiLlama.

The report also found discrepancies in Binance’s BTC holdings. The number of tokens held by the exchange varied from 287,000 BTC to as much as 577,000 BTC. Analysis company CER.LIVE reportedly identified $9.6 billion in BTC in Binance’s wallets, which is more than twice the amount shown both by Glassnode and CoinMarketCap.

Forbes’ own estimate that Binance holds 4.49 million ETH is much higher than numbers shown on other platforms — CoinMarketCap estimates the exchange only holds around 2.58 million ETH.

You win some, you lose some

However, it’s important to note that Binance hasn’t only been bleeding assets since November.

While the exchange lost a significant number of BUSD, it saw its USDT and USDC balances double during the same period. The exchange now holds a combined $6.27 billion worth of the two stablecoins.

Forbes dismissed the possibility of Binance’s outflows being a result of broader market turmoil. Its analysis looked at exchanges with publicly available proof of funds and found that Binance saw the most outflows in the past 30 days. Other large market players such as Crypto.com, Bitfinex, Huobi, Bitmex, and OKEX saw only single-digit changes in their assets.

“The situation indicates that there are trust issues concerning Binance, and its position as the largest crypto market raises the possibility of contagion should those prove well funded,” Forbes noted.

The publication concluded that the exchange is experiencing a “soft run on the bank” and that there is a possibility the run could intensify.

The possibility of Binance seeing a devastating bank run certainly is there. However, the Forbes report failed to address Binance’s size and hasn’t contributed the scale of its outflows to the number of users it services. It also doesn’t consider the volumes Binance handles — having a similar percentage of users withdraw assets from a smaller exchange would result in a much smaller total sum of outflows.

There is also the case of its rising USDT and USDC balances. A decrease in its BUSD and BNB holdings could be a result of its users swapping the exchange’s own tokens into less volatile and much larger stablecoins.

What happens to Tether, stablecoins in the event of dollar collapse?

Bitcoin fundamentals remain unchanged despite the significant events in 2022