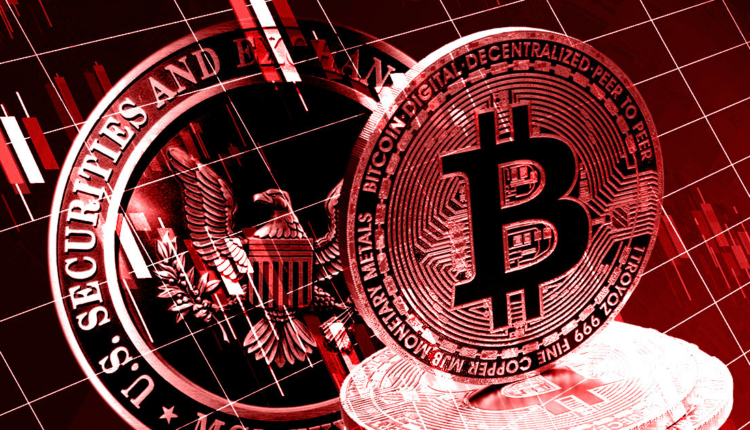 Bitcoin (BTC) fell below $20,000 after the SEC rejected Grayscale’s application to turn its Bitcoin trust into a spot Bitcoin ETF.

Per available information, the commission also rejected the Bitwise application, continuing its culture of rejecting spot Bitcoin applications. Both Grayscale and Bitwise filed their application in October 2021.

The SEC rejection of Grayscale’s ETF was despite the effort of the firm to generate public support for its application.

In its filing, the SEC said it rejected the proposal because it did not meet the standards to protect investors and public interest and prevent fraudulent and manipulative practices.

It also added concerns about the absence of a surveillance sharing agreement between a “regulated market of significant size” and a regulated exchange and the role of Tether in the Bitcoin ecosystem.

This is not the first time the SEC is rejecting a spot Bitcoin ETF application because of the above reasons.

The SEC has rejected spot Bitcoin ETF applications from Fidelity, Valkyrie, and SkyBridge. However, the commission has been more open to approving Bitcoin futures ETF and approved two this year.

Grayscale has made true of its words to sue the commission if it rejects its ETF application.

We’ve filed a lawsuit against the SEC. $GBTC

The firm has sued the SEC and asked for a review of the commission’s decision by the US Court of Appeals for the District of Columbia Circuit.

The investment firm would likely argue that since the SEC has approved similar products in the past, it must approve the application.

Grayscale supports and believes in the SEC’s mandate to protect investors, maintain fair, orderly, and efficient markets and facilitate capital formation – and we are deeply disappointed by and vehemently disagree with the SEC’s decision to continue to deny spot Bitcoin ETFs from coming to the US market.