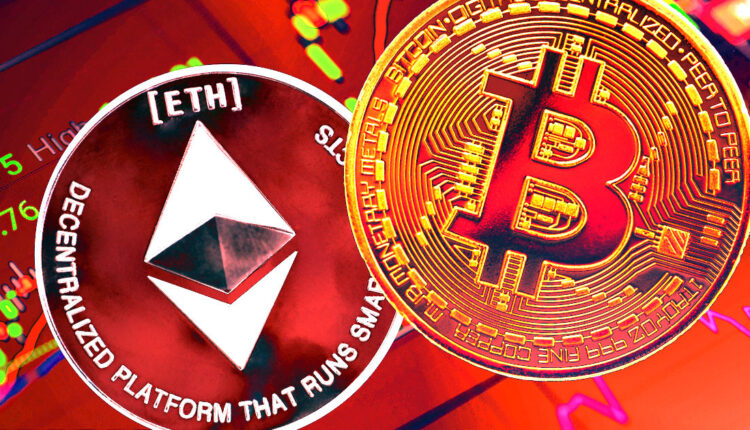 Bitcoin’s (BTC) price crashed to its lowest in the last seven days in the early trading hours of July 26, pulling the industry’s market cap to less than $1 trillion, per CoinMarketCap data.

According to the data, Bitcoin lost over 4% of its value in the last 24 hours and traded for as low as $20,913 –the lowest in the previous seven days.

Meanwhile, some analysts have projected that the current price performance could push the coin under the $20,000 region again.

#BTC is back in the old range. Should revisit 19k.

If stocks should break down again within the next 2 weeks, BTC will likely see 14k again. Otherwise it will carve out a bottom around 20k and attempt a new rally at some point. pic.twitter.com/WhZozv1GXF

A July 25 Glassnode report revealed that the sell-offs might be over as there is “extreme demand” for the flagship digital asset at the $20,000 level from investors who are “price insensitive.”

The Glassnode report added that the coin might need a “longer recovery time.”

Ethereum’s (ETH) recent rally has also been halted despite the renewed institutional investors’ interest in the asset.

CoinShares weekly report for July 18 revealed that the asset posted inflows totaling $8.1 million. Ethereum investment products had recorded $120 million in inflows in the prior week.

However, despite the return of these positive sentiments, Ethereum shed over 8% of its value within the last 24 hours to trade for as low as $1380–the lowest in the previous seven days.

The coin has liquidated $111 million in positions as of press time.

Other top 10 digital assets also posted red candles as they lost a substantial part of their values in the last 24 hours.

Others like Ripple (XRP), Binance Coin (BNB), and Dogecoin (DOGE) lost an average of 4% of their values, respectively.

Avalanche (AVAX) is trading just above $20 after shedding over 7% of its value.

Coinglass data showed that $243 million was liquidated in the industry in the last 24 hours.

DeFi tokens in red too

NFTs and decentralized finance-linked tokens also partook in the rut as their values plummeted massively.

While Decentraland (MANA) shed just 5% of its value, DeFi-linked tokens like Lido Finance (LDO), Synthetix (SNX), Curve (CRV), and ApeCoin (APE) lost at least 10% of their values, respectively in the last 24 hours.

Asia vs Europe and the U.S.