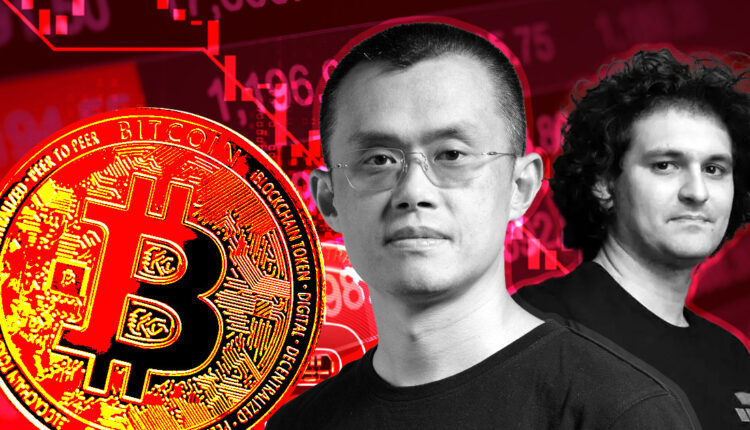 The biggest news in the cryptoverse for Nov. 8 includes Binance’s plans to acquire FTX, Coinbase and Kraken’s downtime after the market plummeted, and FTX’s insolvency being questioned with transactions halted for two hours.

Binance CEO Changpeng Zhao tweeted that FTX approached the exchange looking for help as it was struggling with liquidity on its platform.

CZ said that Binance signed a non-binding letter of intent to acquire FTX.

Coinbase, Kraken down as Bitcoin breaks below June low

Bitcoin retreated to its lowest price since June and caused Coinbase and Kraken to break down. Both exchanges reported that they have been experiencing connectivity issues around 19:00 UTC.

These reports led the community to conspire if the exchanges were down due to a bank run.

Over 20,000 Bitcoins were removed from the in FTX reserves in the past 24 hours, which left FTX with negative -197.95 Bitcoins.

This put FTX at the bottom of the list of exchanges with the lowest Bitcoin balances. The second lowest is Poloniex with 127.14 BTC, while exchange giant Binance holds 573.452 Bitcoins.

FTX stopped processing any transactions on the Ethereum  (ETH) blockchain for two hours on Nov. 8. The last transaction was recorded at around 6:18 AM EST. Considering the liquidity crisis FTX has been experiencing lately, the halt in transactions sparked rumors of insolvency.

A total of $1.2 billion in crypto has been withdrawn from FTX in the past 24 hours, while only $540 million was deposited. This brings FTX to a negative net flow of -$653 million.

Bitcoin, along with the rest of the market, also fell following the FTT plummet. Responding to the fall, Bitcoin’s risk signal sank to a low of two.

The risk signal had only hit two on three other occasions since November 2021, and a major price fall was recorded each time.

Nearly 20K Bitcoins moved to Binance from FTX over 48 hours

FTX treasury lost over $3B in a week, while Binance treasury is up $2B

FTX’s Ethereum and Bitcoin reserves lost over $3 billion since the beginning of November. While FTX has been losing funds at an accelerated rate, Binance’s reserves have been growing.

During the week where FTX lost $3 billion, Binance’s treasury increased to $43 billion as opposed to $41 billion at the end of October.

BitDAO (BIT) and Alameda agreed to swap tokens with each other in Nov. 2021 and made a public commitment not to sell their tokens until Nov. 2024. According to the deal, BitDAO obtained 3,362.315 FTT tokens while Alameda got 100 million BIT.

On Nov. 8, both BIT and FTT plummeted by 20%, which led BitDAO to suspect that Alameda breached its promise and liquidated its BIT holdings. The BitDAO community asked for proof of funds, and Alameda responded by moving over 100 million BIT tokens from an FTX wallet to an Alameda address.

Binance USD (BUSD) emerges as the best-performing stablecoin as its dominance increased by 6% on the year-to-date metrics to 16%.

In the meantime, Tether’s (USDT) dominance retreated to 50% from 54%. On the other hand, USD Coin (USDC) remained the second-largest stablecoin by market cap.

The U.S. District Court of New Hampshire allowed SEC’s motion for summary judgment against LBRY on Nov. 7. The motion showed LBRY had received a total of $12.2 million in cash and in crypto from the sale of LBRY Credits.

The nature of the case has implications for the ongoing Ripple (XRP) vs. SEC lawsuit. According to the founder of Crypto-Law. U.S, the SEC is likely to point at the LBRY decision to strengthen its hand against Ripple’s claims.

Even though investors expect the Fed to go easy with the rate hikes once the inflation shows signs of declining, metrics indicate that the U.S. economy is far from cooling.

According to data, overall CPI is expected to record an increase of 0.6% in October, which will be a 7.9% change year-over-year.

As a result of this, investors are concerned that the equities are vulnerable to falling further. While they may be correct, Bitcoin had shown signs of decoupling from stocks and becoming a safe haven. However, it is still unknown how it will respond to the increasing overall CPI.