Bitcoin investors see record realized loss of $7B amid downturn 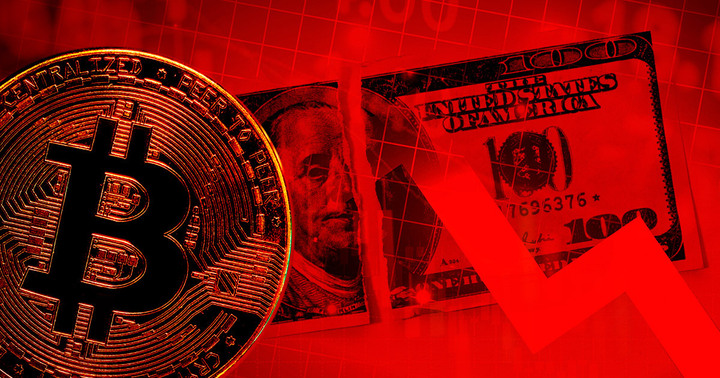 Bitcoin hodlers lost over $7 billion to the market crash between June 16 to June 18 as investors scrambled to sell coins they bought for higher prices, according to a Glassnode report.

The on-chain data aggregator said this was the most considerable USD-denominated realized loss in Bitcoin history. In three days, investors sold 555,000 BTC when it was trading between the $23,000 to $18,000 range.

The last three consecutive days have been the largest USD denominated Realized Loss in #Bitcoin history.

Over $7.325B in $BTC losses have been locked in by investors spending coins that were accumulated at higher prices.

A thread exploring this in more detail 🧵
1/9 pic.twitter.com/O7DjSK2rEQ

Long-term holders sold at a loss

According to the report, long-term investors were part of those who sold their holdings. This class of investors liquidated around 178,000 BTC for prices below $23,000.

It continued that some long-term holders who had bought the Bitcoin top at $69,000 also sold the coin when it capitulated to $18k, leaving them with a 75% loss on their investments.

Meanwhile, Bitcoin miners were also not exempted from the selling pressure as they sold 9,000 BTC from their treasuries. The declining revenue presents a problem as production costs increase. In addition, the mining hash rate has fallen by 10% from its all-time high, suggesting that some miners are no longer operating at full capacity.

Glassnode concluded that the supply in profit has dropped by 49%, and addresses in profit are only 10% higher than the lowest level during the 2018-2019 bear market and the Covid-19 crash.

Another Glassnode report has revealed that the Ethereum DeFi market is experiencing a significant deleveraging that has resulted in a 60% drop in the total value of assets locked on the network in the last six weeks. In monetary terms, this represents a $124 billion decline in TVL.

On a 7-day basis, there has been significant TVL contraction, including the recent sell-off that led to a 27% decline in TVL. In the past 18 months, only the LUNA crash and the sell-off in May 2021 have led to a more considerable TVL contraction.

According to data from DeFiLlama, Ethereum assets TVL stands at $47 billion.

Since May 1, USDT and DAI have recorded $13 billion and $2 billion in redemptions, respectively.

A New York Times report argued that the redemptions in USDT were caused by the growing fears about the stablecoin among investors.

Tether appears to be addressing that fear as its CTO, Paolo Ardoino, revealed that its reserves would undergo a full audit soon.

However, Circle-backed USDC has enjoyed notable success as its supply has grown by $5 billion since May 1.