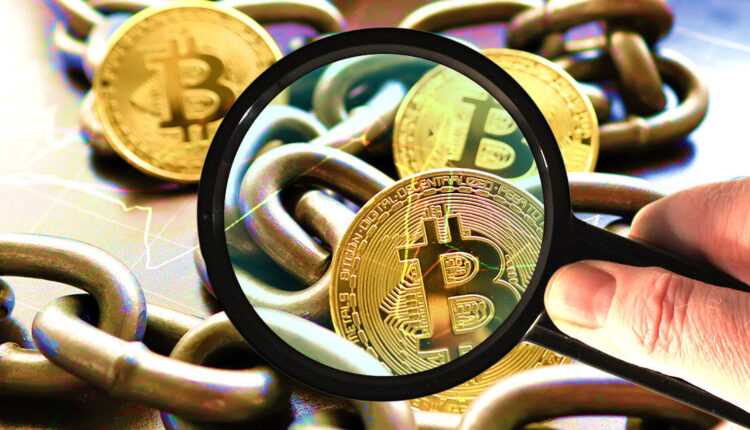 Fed officials have been prohibited from speaking ahead of next week’s fed funds announcement; investors have been left pondering on U.S. rate cuts priced in for 2023 and 2024. While December 2023 Fed Funds Rate Futures are priced at 4.5%, December 2024 is currently priced at 3.5%; an aggressive rate cut occurred this week.

Jerome Powell and the Fed’s main objective is to control inflation and tighten fiscal conditions; however, since the middle of October, financial conditions have eased as bond yields declined, credit spreads tightened and inverted to multi-decade levels while equities have rallied. The spread between the ten and two-year yield closed to a new wide of -84bps.

Dec. 9 saw worse-than-expected PPI data, with the real test for the treasury market will follow next week’s CPI report. Depending on the CPI results, the Fed funds rate hike could change, which currently sees a 75% probability of a 50bps rate hike taking the fed funds rate to 4.25-4.50%.

Bitcoin difficulty adjusted 7.32% on the morning of Dec. 6, the biggest negative adjustment since July 2021 which saw over a 20% adjustment due to China banning Bitcoin last summer as a result of miners being unplugged and the hash rate tumbling to 84EH/s.

A drop in mining difficulty will see a relief on miner faces however, this relief could be short-lived as  hash rate is already starting to tick back up to levels around 250EH/s.

Since the China ban last summer, mining difficulty and hash rate are both up a total of 3x which shows the long term security of Bitcoin has never been stronger.

A model created by Charles Edwards (Capriole Investments) on Bitcoin electrical and production cost model to identify how much it costs to produce one Bitcoin.

This model has provided a great floor for the price of Bitcoin during bear markets, and only four periods in Bitcoins history has the price gone below the global Bitcoin electrical cost.

The most recent time the Bitcoin price fell through the model was covid, and now during the FTX collapse, the price was below the global Bitcoin electrical cost for the majority of November, roughly $16.9K, and has fallen back under it again.

The cost of producing one Bitcoin is currently $18,872, higher than the current Bitcoin price. The Bitcoin price fell below the regression model during the FTX collapse on Nov. 15 and for the first time since the 2019-20 bear market — a deep value zone for Bitcoin.

The Accumulation Trend Score is an indicator that reflects the relative size of entities that are actively accumulating coins on-chain in terms of their BTC holdings. The scale of the Accumulation Trend Score represents both the size of the entity’s balance (their participation score) and the amount of new coins they have acquired/sold over the last month (their balance change score).

An Accumulation Trend Score of closer to 1 indicates that, on aggregate, larger entities (or a big part of the network) are accumulating, and a value closer to 0 indicates they are distributing or not accumulating. This provides insight into the balance size of market participants and their accumulation behavior over the last month.

Highlighted below are the instances that a Bitcoin capitulation has occurred while Bitcoin investors are accumulating, the FTX collapse that sent Bitcoin down to $15.5k, has seen the same amount of accumulation that emerged during the Luna collapse, covid and the bottom of the 2018 bear market.

The accumulation trend score by cohort has the breakdown by each cohort to show the levels of accumulation and distribution throughout 2022, currently in a significant period of accumulation from all cohorts for over a month which has never happened in 2022. Investors see the value.

Due to the macro climate and general sentiment, many risks have been taken off the market, evident in Bitcoin derivatives.

Bitcoin open interest on Binance is now back to July levels. Futures’ open interest is the total funds allocated in open futures contracts. Over 35K BTC have been unwound from Dec. 5, the equivalent of $595m; this is roughly a 30% OI decrease.

The less leverage in the system, the better; this can be quantified by the Futures Estimated Leverage Ratio (ELR). The ELR is defined as the ratio of the open interest in futures contracts and the balance of the corresponding exchange. The ELR has been reduced from its peak of 0.41 to 0.3; however, at the beginning of 2022, it was at a level of 0.2, and still, a lot of leverage is built in the ecosystem.

Implied Volatility is the market’s expectation of volatility. Given the price of an option, we can solve for the expected volatility of the underlying asset. Formally, implied volatility (IV) is the one standard deviation range of the expected movement of an asset’s price over a year.

Viewing At-The-Money (ATM) IV over time gives a normalized view of volatility expectations which will often rise and fall with realized volatility and market sentiment. This metric shows the ATM implied volatility for options contracts that expire one week from today.

Similarly to the Luna collapse back in June, the Bitcoin implied volatility had come back down following the FTX implosion, year-to-date lows.

When the SSR is low, the current stablecoin supply has more “buying power” to purchase BTC. It is a proxy for the supply/demand mechanics between BTC and USD.

The ratio currently stands at 2.34, the lowest it has been since 2018, while the SSR was at a ratio of 6 in January 2022. The ratio trends lower as the rise of stablecoin purchasing power continues.

For the past two years, stablecoin buying power has only increased by over seven billion of buying power for stablecoins, trending to highs last seen since the beginning of the year.

What is NFT Wash Trading? Examples of How it Works