Bitcoin prints second ‘Bart’ pattern in a week to bottom at $29,200 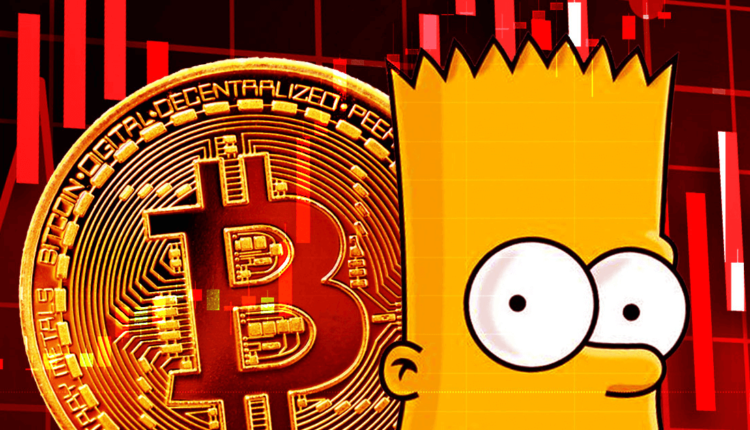 Dec 8, 2022
👋 Want to work with us? CryptoSlate is hiring for a handful of positions!

This price action takes Bitcoin significantly below the 50-day simple moving average, widely interpreted as a trend change to the downside.

A fight back by bulls was thwarted at 09:00, as evidenced by a long top wick, more significant than the size of the candle body, on the hourly candle.

Since then, a downtrend pattern has formed, and the Relative Strength Index (RSI) is printing a horizontal reading along 30, at the cusp of being classed as oversold.

The price movement has resulted in the formation of a second Bart pattern just a week after the last one concluded at the start of June.

The Bart Simpson pattern is a short-term chart pattern characterized by a sharp rally, usually on a shorter timeframe like 30 minutes or an hour. A period of sideways action occurs, followed by a steep retracement to erase all previous gains.

Trader JamesRkaye said the appearance of the Bart pattern is sometimes associated with institutional manipulation. He warned that manipulators intend to shake down retail traders and have their opposing orders filled.

As Bitcoin retook $30,000 at the end of May, a new narrative formed among some investors that crypto winter would be short-lived.

However, Bitcoin is currently significantly below the 50-day moving average and back below $30,000 once more.

@rektcapital commented that the BTC uptrend will resume once the 50-day moving average is recaptured.

However, there is every likelihood that a continuation of selling will drop the price toward the 200-day moving average, which represents “maximum financial opportunity” according to the analyst.

The future of NFTs in the web3 economy