Bitcoin stable as Credit Suisse, Deutsche Bank rumored to be on verge of collapse 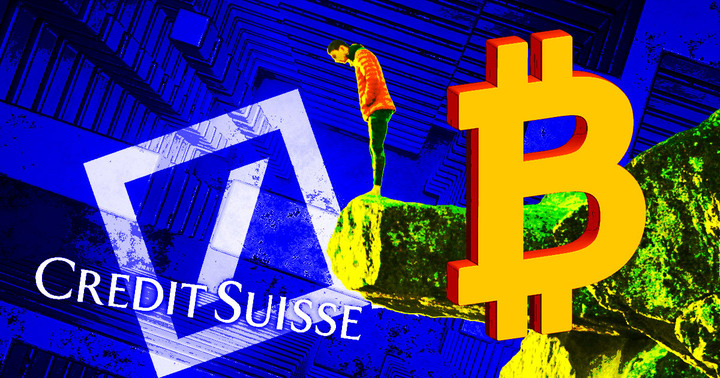 Bitcoin Bitcoin is holding steady amid rumors of a banking collapse, trading between $18,900 and $20,200 over the past three days.

Investor Miles Deutscher drew parallels between the woes at Credit Suisse and Deutsche Bank and the collapse of the Lehman Brothers during the 2007-2008 financial crisis.

Could Credit Suisse and Deutsche Bank collapsing be the Lehman Brothers moment of 2022?

Lehman Brothers was the fourth largest U.S. investment bank at the time, but it filed for Chapter 11 bankruptcy following a drastic asset devaluation and sharp fall in its stock price. The primary driver of this was the firm’s subprime mortgage exposure.

Fast forward to the present, and several recent events, including the Bank of England (BoE) being forced to intervene with a £65 billion bailout of the bonds market, suggest the legacy finance system is on the brink of failing.

Meanwhile, the price of Bitcoin has traded in a relatively stable pattern as stocks continue to dip amid the macro chaos.

During this period, Analyst Dylan LeClair pointed to a divergence between BTC  and the S&P 500 around mid-September.

Recently, with Bitcoin closely mirroring risk-on-price movements, the safe haven narrative has come unstuck. However, it has reasserted itself over the past few weeks.

On the day the BoE intervened in the U.K. bond market, the BTC/GBP trading pair saw a massive spike in trading volume, suggesting Brits were buying Bitcoin as the central bank reneged on cutting its balance sheet.

Proponents argue that Bitcoin, with its fixed supply of 21 million tokens, cannot be debased or inflated to zero.

At the center of Credit Suisse’s problems are Credit Default Swaps (CDS). These refer to a financial derivative product enabling investors to swap or offset their credit risk with that of another investor.

Analysis per the latest Weekly MacroSlate Report likened the current CDS market to happenings during the 2008 subprime crash.

“CDS is a good indicator of potential defaults; when the price of the CDS rises, the insurance becomes more expensive (higher elevated chance of default).”

Currently, default insurance on Credit Suisse is approaching the same levels as seen during the collapse of Lehman Brothers.

However, the founder of Lyn Alden Investment Strategy, Lyn Alden, stated that while European banks have problems, bonds, currencies, and energy are the bigger flashpoints in 2022.

The bigger economic and financial issues here in 2022 are centered in sovereign bonds, currencies, and energy. They’re not centered primarily in banks like 2008, except for some areas. https://t.co/xxIoTHfZLK

@knowerofmarkets also chimed to downplay the severity of the Credit Suisse situation, saying the fact it is being widely discussed suggests it isn’t as “bad as ppl are making it out to be.”

With the U.S. payroll data to be released on October 7, this week will be critical for Bitcoin and its tentatively re-established safe haven narrative.

Gobal banks’ exposure to crypto is around 0.01%