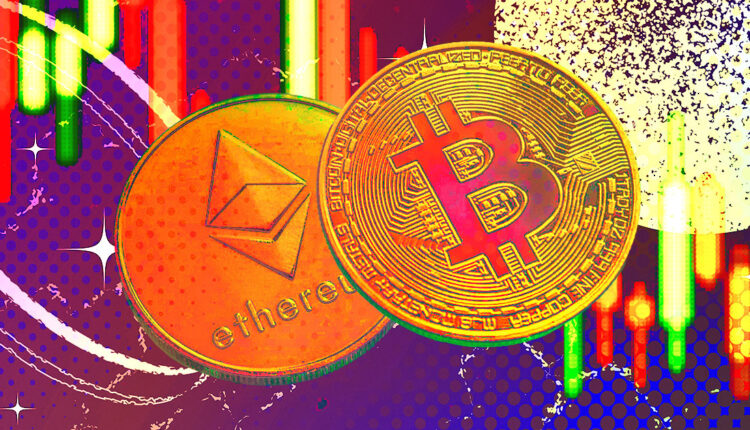 The market price of bitcoin (BTC) dropped below $39,000 on April 18 in a declining trend during the Easter holidays. Meanwhile, ether (ETH) price fell below $3,000 for the first time since mid-March.

The combined crypto market has lost almost $400 billion since early April, with analysts warning a “disaster in the financial markets” could push bitcoin under $30,000.

“The signal for a break of the mild upward trend would be a consolidation below the $38,000 per bitcoin levels. If the bulls capitulate, the first cryptocurrency could be pushed into the $32,000 to $35,000 range without much resistance. A consolidation scenario below $30,000 would require an absolute disaster in the financial markets,”

Investors are bracing for the coming week

The fall in cryptocurrency prices comes amid a similar decline in U.S. stock market futures over the Easter weekend. In addition, investors are bracing for major first-quarter earnings reports and speeches by U.S. Federal Reserve policy-makers.

Fed’s policy to fight U.S. inflation doesn’t make markets less fearful, as the consumer price index for March showed an 8.5% increase year over year, levels not seen since 1981. Fed officials have promised to do whatever it takes to bring inflation under control, and markets fear these actions may cause a recession.

CoinGlass data shows that the cryptocurrency market experienced a series of liquidations after BTC fell below $39,000 and moved below the trend line support. Of these liquidations, 95% of orders were long positions, with the exchange Okex providing 45% of the total volume.

Funds flowing out of exchanges

Tendencies have been reversed during the last week as traders actively moved liquidity away from exchanges.

According to Glassnode data, $6.5 billion worth of BTC was withdrawn from exchanges in the week of April 11. With more liquidity leaving trading platforms, the appearance of significant selling pressure caused more price moves.

Meanwhile, ETH is also facing a supply crisis after traders moved $4.3 billion worth of ether from exchanges. Added to this, the constant burning of ether also removes liquidity from the market. These movements may lead to a liquidity crisis and supply shock.

Arthur Hayes, the co-founder of crypto exchange BitMEX, recently said the price of BTC and ETH could crash to $30,000 and $2,500, respectively, over the next two months.

“Bitcoin and ethereum will bottom well before the Fed acts and U-turns its policy from tight to loose.”

Hayes wrote in a blog post, adding that he is betting on a bitcoin and ethereum price “crash” by June.