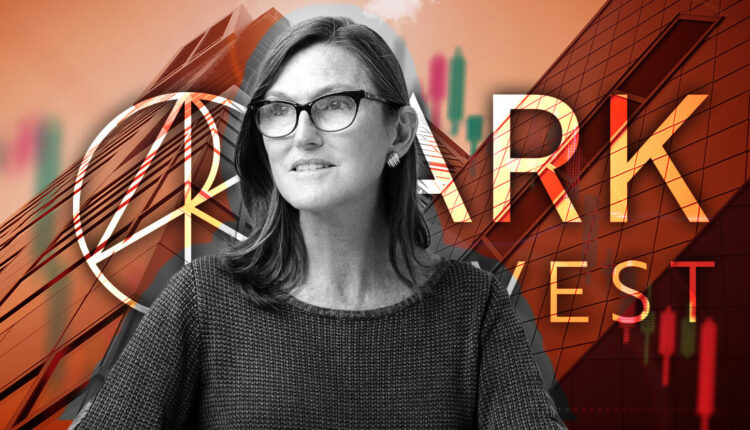 ARK Investment, a venture capital company founded by Cathie Wood, is bracing for the coldest winter it had in a long time.

The ARK fund, a pandemic-era success story that brought Wood to worldwide fame, has seen every stock it owns drop to all-time lows. Shares of the fund itself are down nearly 63% this year and are back to their late 2017 levels.

According to Morningstar Direct, the loss seen with ARKK shares, the fund’s Innovation ETF, was the largest drop among more than 230 actively traded diversified ETFs. In contrast, the S&P 500 is down just over 14% this year — including dividends.

There are several factors that contributed to ARK’s downfall, and its crypto exposure, specifically through GBTC and COIN, is the biggest one.

The $7.1 billion fund holds around 30 stock positions, with Zoom, Tesla, and Coinbase making up the biggest percentage of its portfolio. ARK saw exponential growth at the beginning of the pandemic in 2020, when Wood jumped head-first into growth-oriented tech companies and ramped up the fund’s exposure to crypto.

Wood’s strategy has the fund investing heavily in technologies she believes have the potential to “change the world.” This strategy paid off within months of investing in unprofitable early-stage startups, as Zoom became a household name during the pandemic and Tesla recorded its best year ever.

Coinbase also saw its stocks reach their all-time high at the height of the pandemic, making ARK one of the most profitable funds in the space.

ARK also has a huge position in the Grayscale Bitcoin Trust (GBTC), holding over 6.15 million shares. And while the position represents less than 0.50% of ARK’s portfolio, the losses GBTC suffered hit the fund hard.

Bitcoin’s drop from its all-time high of $69,000 shook GBTC, causing its shares to drop more than 76% for the year. GBTC is currently trading at over 50% discount to its NAV meaning it has performed even worse than Bitcoin. Coinbase saw its share lose over 80% of its value this year, putting more pressure on the already struggling fund.

While analysts might disagree about what exact part of Wood’s portfolio hit it the hardest, they all agree that ARK is in trouble. Jon Burckett-St. Laurent, a senior portfolio manager at Exencial Wealth Advisors, said that ARK lacks a risk-management game plan. The fund was built on the stimulus-era free money and its existence largely depends on it now, he told The Wall Street Journal.

Todd Rosenbluth, the head of research at VettaFi, told Investors.com that Wood’s narrowly-focused, thematic ETF seems to be too concentrated for many shareholders. Its crypto exposure doesn’t help either.

However, Cathie Wood has continued to shrug off concerns about the fund’s well-being. Not only is Wood standing by her investments, but she’s also doubling down on the riskiest positions in her portfolio.

In November, ARK added $43 million of Coinbase shares. Another one of Wood’s funds, ARK Next Generation Internet ETF, purchased $6 million worth of GBTC in October, significantly increasing its exposure to Bitcoin.

The investors that still stand by Wood all seem to share her conviction.

However, data from Webull Financial LLC showed that customers have actually added cash on a net basis to ARKK in 2022. Over $1.4 billion has been poured into ARK Innovation ETF this year.

Optimism for the future

This shows that investors remain confident that the disruptive tech Wood is focused on is yet to see its heyday. The sharp losses all of the stocks in ARK’s portfolio experienced haven’t shaken investor confidence and most seem to be willing to bear short-term losses.

These short-term losses could get worse in the coming weeks. Anthony Denier, the CEO at Webull, said that investors could be targeting their holdings for tax-loss harvesting — the practice of selling losing positions before the end of the year to realize losses and write them off as a tax loss. If some of those holding ARKK decide to liquidate, the fund could see its shares plummet even further, Denier told The Wall Street Journal.