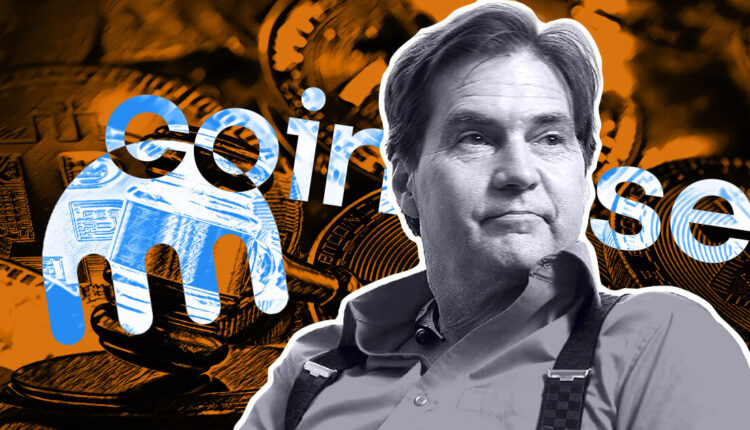 Computer scientist Craig Wright continues litigation against those who challenge his claims of being the creator of Bitcoin and holder of associated intellectual property.

This time, crypto exchanges Coinbase and Kraken are in the firing line over misrepresenting “Bitcoin Core” as the actual Bitcoin.

Wright’s legal team states further filings against major exchanges are in the pipeline. They say litigation is necessary “to prevent future misperceptions as to the true operational nature of Bitcoin.”

“This litigation is the latest in a series of legal claims issued by ONTIER LLP on behalf of Dr Wright and his associated entities to uphold his right to protect his lawfully-held digital assets, his reputation as the creator of Bitcoin and his associated intellectual property…”

Proceedings were filed on April 29, 2022, and will be heard at the Business and Property Courts of England and Wales. This court resolves specialist business and international civil disputes, including those related to intellectual property.

Wright claims Coinbase and Kraken, and other exchanges that have yet to be named, have been  “passing off” BTC as the real Bitcoin. However, the actual Bitcoin is distinct and separate from the protocol Wright claims to have created in 2009.

According to Wright, the real Bitcoin, i.e., the one that remains true to the original protocol, is Bitcoin Satoshi Vision (BSV).

“The Claimants assert that these exchanges, and others, have been trading – and encouraging investors and consumers to trade and invest – in BTC, by passing off that asset as Bitcoin.”

The proceedings assert that misrepresentations by Coinbase and Kraken, who continue to push BTC as the original Bitcoin, have confused crypto investors who are unaware of the “authenticity” of the assets they are dealing with.

Wright is seeking an injunction to stop Coinbase and Kraken from misleading investors through the “improper use” of signs or wording that promote BTC as Bitcoin.

Based on the defendant’s revenues, Wright’s legal team expects the claim to be worth several billions of pounds.

The What Bitcoin Did Podcast host, Peter McCormack, gave an update on his ongoing legal dispute with Wright last week. McCormack confirmed that a trial date had been set for May 23 and 24.

The trial date for my libel lawsuit with Craig Wright has been set for May 23rd and 24th.

As such, I won’t be able to attend the Oslo Freedom Forum this year.

Everything is on the line…

In 2019, McCormack accused Wright of being a fraud for claiming to be Satoshi Nakamoto. Wright responded by instigating a libel claim on the grounds that McCormack damaged his reputation.

Last year, London’s High Court ruled in favor of Wright in his legal action against the operator of the bitcoin.org website. Wright said the website had infringed his copyright by hosting the Bitcoin whitepaper.

Bitcoin climbs as FED confirms “inflation is much too high”

Is Neo the one? The misconceptions of the Neo Smart Economy