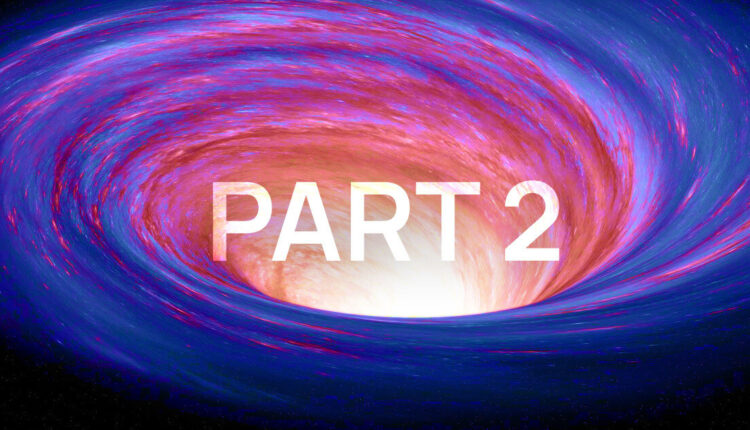 DeFi needs to be regulated ‘carefully and…

DeFi and decentralized applications wouldn’t be possible without blockchain oracles–key components of blockchain infrastructure that enable accessing, processing, and transmitting information between the outside world of off-chain data and smart contracts.

That said, what are the major engineering challenges when it comes to building resilient and reliable blockchain oracles, and why are decentralized data pipelines so important?

CryptoSlate talked to some of the prominent experts on the subject– some of whom are going to meet in Berlin this June at the world’s first technologically agnostic summit that’s fully focused on oracles.

“Companies optimize for efficiency, while DAOs optimize for resilience. With that in mind, the infrastructure that DAOs depend on needs to be resilient and decentralized, and that’s where oracles come in,” noted Niklas Kunkel, Oracle Core Unit Facilitator at MakerDAO.

This is particularly the case in regards to data, according to Kunkel, who continued to explain the importance of ensuring oracle reliability–using Maker as an example. He then further elaborated:

But what makes oracles so special? And how do they align with unique constraints in the blockchain world?

Besides censorship resistance, data integrity guarantees are another major constraint that needs to be met, he added, so whoever is running this pipeline can’t manipulate the data.

In a nutshell, that is the problem that oracles solve–“they give this pipeline to DAOs and crypto applications without exposing them to risks of data censorship and manipulation.”

According to Auryn Macmillan, Governance Lead and Product Manager at Gnosis.

That said, Macmillan clarified how Gnosis utilized an escalation-game-based oracle to decentralize their voting system.

“For the Gnosis DAO, we wanted voting to be decentralized and free to participate in, and for vote weight to include much more than simply GNO balances on mainnet Ethereum,” he explained.

Using Reality.eth allowed trustless, on-chain execution based on the outcome of off-chain votes–where vote weight is derived from GNO in multiple protocols on both mainnet Ethereum and Gnosis Chain. Concluding, Macmillan noted,

“Using a robust oracle solution for this data allows protocols to focus on their core competencies. That said, introducing an oracle almost always means increasing the attack surface. So it is critical to developers to understand the trust assumptions of consuming data from a given oracle,”

There are various oracle designs out there, utilizing different mechanisms to provide resilience and reliability guarantees. While some designs rely on multiple data sources and multiple oracles even, others utilize incentive mechanisms. Some try to do it crypto economically, via crypto staking, while some use a mineable Proof of Work (PoW) competition to eliminate reliance on trusted third parties for access to off-chain data.

The importance of decentralization

Tellor’s decentralized oracle serves as an example of a design secured by crypto-economic incentives.

The Tellor oracle allows anyone to participate as a data reporter by staking some tokens as a bond that can get slashed by the contract if they submit bad data. Meanwhile,  other token holders and members of the DAO can participate in validating that data by disputing, explained Michael Zemrose, Co-founder at Tellor.

As he broke down the basics of Tellor’s token governed dispute mechanisms, Zemrose pointed out how their open and permissionless solution was built from the ground up to be censorship-resistant and decentralized.

“From the design phase, we wanted whatever we made to be open and permissionless, allowing everyone to participate, but preventing any single entity having too much power in the system–including ourselves,” he pointed out, noting that the Tellor team owns only 3% of the tokens.

Tellor launched without an ICO, without a pre–mine, and the team also got rid of their admin key privileges, Zemrose mentioned, commenting that the goal was to avoid making the mistake of having too much power, “because once you have too much power it is very hard to remove it.”

Awakening users to the importance of decentralized oracle solutions is an ongoing challenge, according to Zemrose.

“None of your other decentralization matters if your oracle is centralized,” he said, noting that convincing the community, founders and investors to care enough to become a part of the conversation is becoming easier as the space continues to mature.

While the network is completely open and anyone can come and try and compete for token rewards by putting data on-chain that users are requesting, it’s in everyone’s best interest to be honest.

“Otherwise they get disputed and that stake (bond) gets ‘slashed’ and given to the disputer”, Zemrose added, elaborating how their design is based on the principle of economic rationality.

Meanwhile, Maker’s design is based on a “federated type of model,” Kunkel clarified.

“We have a huge conglomerate of crypto projects that are trustworthy in the industry, and that Maker governance has voted in, including Etherscan, MyEtherWallet, Infura, MetaMask, to name a few, and what we end up doing is taking the median of all the data these conglomerates submit,” he explained.

“It’s almost like with PoW,” concluded Kunkel, noting that as long as there’s 51% of participants being honest, the oracle will, for one–stay online, and two–have the correct data.

What is ICE Poker, the game underpinning Decentral Games?

U.S. Senator Warren says “Crypto is this decade’s bubble,” is that really true?