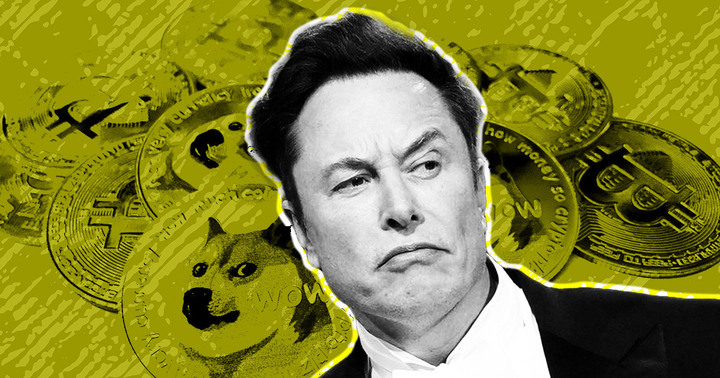 Elon Musk said during a video interview at the Qatar Economic Forum that he never told people to invest in crypto.

“I have never said that people should invest in crypto.”

The comment came in response to a question about the current state of the market and whether people should continue investing at this time.

Year-to-date outflows currently top $1.315 trillion, with many altcoins down 90% from all-time highs. Last week, as Bitcoin sunk to an 18-month low, the Fear and Greed Index summed up the general sentiment (of extreme fear) as it hit 6.

Following his denial, Musk said he and his companies did buy Bitcoin. But, as a small percentage of total assets, the cash spent was money they could afford to lose.

“In the case of Tesla, SpaceX, myself, we all did buy some Bitcoin, but it’s a small percentage of our total cash assets.”

He continued by saying he also bought Dogecoin, adding that Tesla accepts DOGE for merch, and “SpaceX will do the same.”

Musk explained his passion for Dogecoin as a favor to “people who are not that wealthy” that have asked him to support the meme token. He named these “not that wealthy” people like Tesla and SpaceX factory workers.

“I intend to personally support Dogecoin because I just know a lot of people who are not that wealthy that have encouraged me to buy and support Dogecoin. So I’m responding to those people.”

It’s been over a year since Musk appeared on a Saturday Night Live (SNL), in which he played the part of a financial expert explaining cryptocurrencies. During the skit, he said Dogecoin is a “hustle.”

DOGE plummeted immediately after and is currently down 81% since that appearance.

A Dogecoin investor Keith Johnson recently filed a lawsuit against Musk in a federal court in Manhattan.

The plaintiff is suing Musk for $258 billion on the grounds of running a Dogecoin pyramid scheme. Johnson claims the defendant manipulated the token price, leading to retail losses.

Johnson is seeking $86 billion for damages due to the token price decline since the SNL appearance and wants the sum to be tripled.

What’s going on with Bancor?