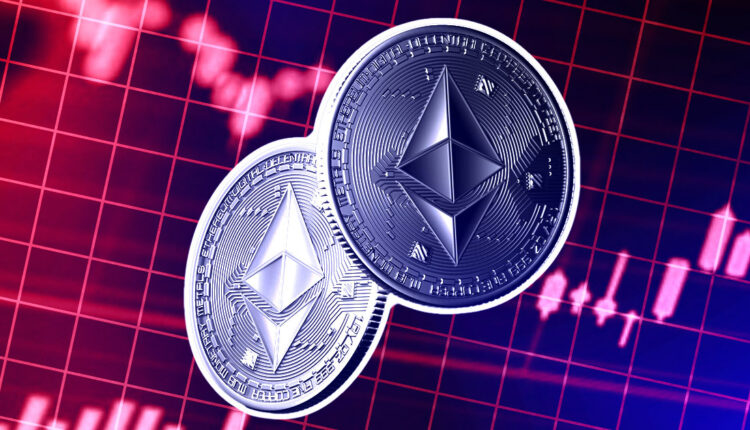 Ethereum has broken a support level it has held since November 2021 on the ETH/BTC chart. Ethereum, the world’s second-largest cryptocurrency by market cap, has fallen against Bitcoin by more than 20% since its peak in December.

Fear of The Merge

While it has already recovered 4% from its intraday low, the decline may indicate a trepidation for what will become of the chain after it moves to proof of stake. As some investors are commenting, participation in the Ethereum network is down, with many key KPIs showing bearish signals.

TaschaLabs from Soundwise went as far as to say, “will Eth outperform newer L1s that survive winter? Prob not.” CryptoSlate Edge members can view data in our assets section to verify the drop in usage of Ethereum, including an overwhelmingly bearish indicator in the futures markets.

The uncertainty due to global market conditions and the impending merge is surely spooking some investors. At the current price, just 53% of Ethereum holders are in profit, with over 60% of investors holding for longer than 18 months. The decline in profitable trades further highlights the depth of the downtrend in the crypto markets overall.

“Metrics change with cycles. They were down in 2018-2019 too before a bigger growth. Forecasting based on todays numbers is not the right way to make valuations in crypto.”

Edge members can also see that Thursday saw a local peak in positive sentiment towards Ethereum on social media.

In volatile market conditions having access to multiple sources of information and value metrics is an essential tool for investors targeting short to medium-term time horizons. However, the current sentiment for Ethereum does not match its price action.

Ethereum dominance reached its softest level since March, while Bitcoin dominance has been up 10% since May. To fuel the debate regarding Ethereum’s position as the most prominent competitor to Bitcoin, the dominance of Binance Coin is up 20% in May. Binance Coin is also up 15% against Bitcoin in a similar timeframe.

Apprehension around The Merge is clear. The blockchain upgrade is arguably the most significant change in crypto history and one that has been anticipated for years. The change will be the biggest test for Ethereum yet, and all eyes are on how layer-1 will fear once the mainnet goes live.