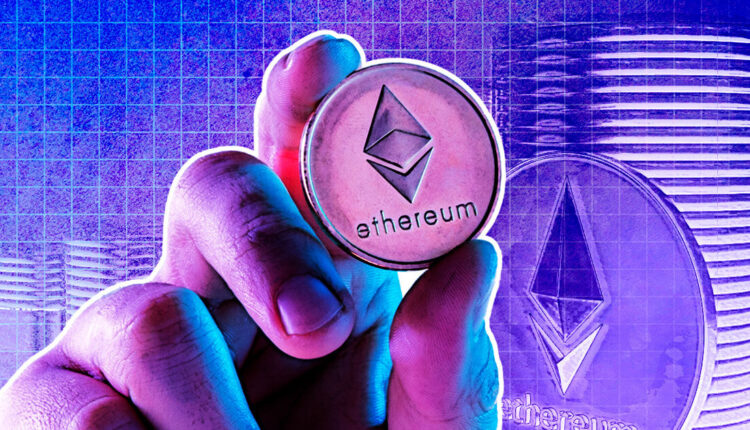 A lively debate on Reddit Friday resurfaced the discussion of whether the computing infrastructure built on top of Ethereum is too centralized. According to on-chain data, approximately 32% of all Ethereum nodes operate on Amazon AWS servers. However, Amazon claims the number to be closer to 25%.

Morgan Creek co-founder Anthony Pompliano increased awareness of the issue in 2020 when he tweeted, “Jeff Bezos could shut down most… Ethereum-based DeFi apps by simply shutting off AWS.”

Jeff Bezos could shut down most of these Ethereum-based “DeFi” apps by simply shutting off AWS.

You’re not decentralized if you just spin up servers with Uncle Jeff!

Since 2020 little has changed regarding the improvement of node decentralization within Ethereum. However, Pomp’s tweet is not entirely accurate.

The below image shows the percentage of hosted Ethereum nodes running on AWS. At first glance, this looks highly concerning as it goes against the decentralization narrative in Ethereum.

Yet, the chart ignores nodes running on private machines instead of cloud-hosted servers. Hosting service providers facilitate around 67% of all nodes, and 29% are located in residential settings.

Interestingly, a stat that is not commonly analyzed is that over 50% of the residential nodes run through a handful of US-based internet providers. Therefore, Verizon, Comcast, Spectrum, and AT&T make up 51% of the unhosted Ethereum nodes.

Therefore, Amazon, Verizon, AT&T, Spectrum, and Comcast facilitate around 47% of all nodes on the Ethereum network. This percentage tallies with the total distribution of Ethereum across the United States. The US runs almost 5 times the number of nodes compared to other countries; the next highest in Germany with 11%.

At 47%, this is precariously close to the often cited magic number of 51% required to take down a network. Should a malicious actor gain access to the nodes through nefarious means in an attack spanning these five US companies, they would be capable of causing damage to the network.

However, as Dankrad Fried, a researcher at the Ethereum Foundation, a 51% attack does not give an attacker absolute control. They can still cause serious issues;

“They can stop you from using the chain…[and] revert the chain, i.e. undo a certain number of blocks and change the order of the transactions in them.”

A 51% attack cannot take coins from wallets or mint new coins, but reverting transactions can lead to double spending, which is a significant concern.

Will proof-of-stake solve the problem?

The merging of the Ethereum Beacon Chain is the last step in the move to proof-of-stake for the network. According to the documentation, the event should lead to a more decentralized ecosystem. There are over 400K validators already running on Ethereum, each staking roughly 32 Ethereum.

Three pools form over 50% of all staked ETH on the Beacon Chain; Coinbase, Lido, and Kraken. A similar risk can be attributed to these pools as stakers delegate ETH to pools to remove the 32 ETH minimum to “unlock a set of validator keys.” Pooling is not available natively on-chain, which has led to staking-as-a-service protocols to help facilitate a need from smaller investors.

In 2021 Amazon launched Ethereum on its Amazon Managed Blockchain service to allow users to activate an Ethereum node within minutes. The familiarity of AWS and its existing integration into many internet processes made this a semi-frictionless experience for developers.

A node is integral to any dApp, and the desire for it to be reliable, secure, and robust is a top priority for any project. Amazon AWS has garnered the trust and respect of the world’s biggest companies in web 2, and now it is looking to establish similar real estate in web 3.

The percentage of hosted nodes running on Amazon AWS has declined roughly 3% since 2020, yet it still retains a significant portion with little competition. Upcoming web3 companies such as Alchemy, Ankr, and others offer a node-as-a-service offering that could theoretically compete with Amazon.

However, many of these services also use Amazon AWS, which lessens their impact on decentralization. Companies such as Gateway.fm are looking to offer a bare metal server infrastructure to get around the AWS problem but are in the early stages of development.

The use of AWS does not offer an inherent risk to the viability of the Ethereum blockchain. However, it creates a threat should the centralized entities come under attack to distribute the network and cause severe disruption.

GameFi sector down, but not out