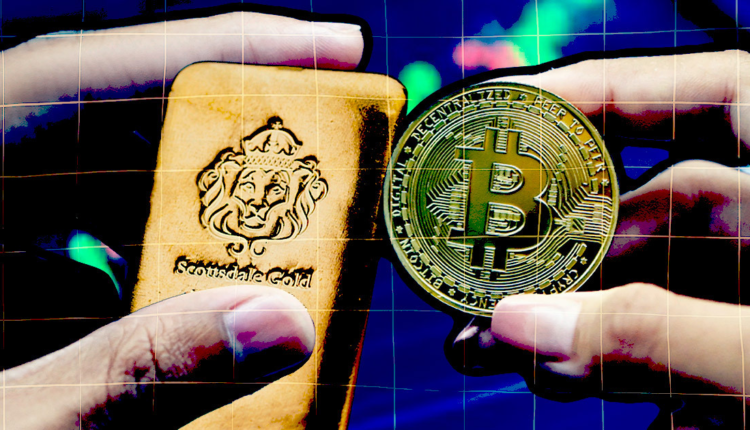 Crypto-linked exchange-traded products (ETP) are the rage in the industry, and 21Shares has taken that a notch higher by launching a Bitcoin and gold ETP, which is the first combined ETP and will be trading on the SIX Swiss Exchange, according to a Financial Times report.

The ETP is listed with the BOLD ticker and was created in partnership with ByteTree Asset Management. The product is expected to track an index of gold and Bitcoin.

We are making bitcoin an acceptable asset to hold and bringing gold into the 21st century.

Morris further stated that a novel ETP like this has several advantages and claimed that there had been an increase of 7 — 8% in returns based on back testing.

It has been revealed that ByteTree will adopt an active rebalancing strategy. Thus, the ETP will rebalance every month based on the historical volatility of the two assets in the last 360 days. The less volatile asset will have higher weighting to maximize the risk-weighted returns.

Gold to be the dominant asset in the portfolio

While the fund is a combination of gold and Bitcoin, gold would be the dominant asset in the portfolio. In the backtesting that goes as far back as 2016, gold weighs between 70 and 90% of the portfolio.

Speaking on this historical weighting, Morris pointed out that gold and Bitcoin performance has been countercyclical. He said:

It’s obvious to me that bitcoin has always been correlated to the stock market or risk assets in general.

The ETP will charge an annual fee of 1.49%, which Morris believes is justified given the complex nature of the fund. It will have two custodians instead of one — Copper will manage the Bitcoin holdings while JPMorgan will drive the gold reserve.

However, despite all the enthusiasm around the project, a senior fund analyst for passive strategies at Morningstar, Kenneth Lamont, said niche funds of this nature do not usually last long because of their complex nature and fee structure.