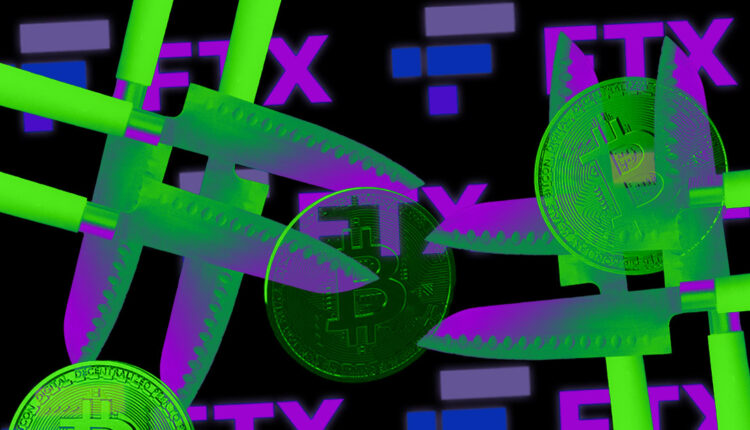 The FTX collapse has revived the narrative that “Bitcoin maximalists were right all along.”

Given the size of the troubled exchange and the number of entities caught up in its web, the FTX scandal has dominated headlines of late.

Worse still, each passing day seemingly brings further twists that point to serious failings within the company and among the regulatory bodies which were supposed to prevent such scandals from happening in the first place.

In particular, questions hang over Sam Bankman-Fried’s (SBF) political influence and connections, as well as FTX’s apparent “pass” with the Securities and Exchange Commission (SEC).

Behind the veil of high-profile sporting and celebrity endorsements, FTX managed to build a trusted reputation within its relatively short three-and-a-half years of existence. Although skeptics said the red flags were always there, that is no consolation to those who banked on FTX and lost big.

At the heart of the scandal lies FTX’s native FTT token and the way it was managed. In the course of a liquidity stress test, it fell short of justifying its lofty pre-collapse $3.4 billion market cap valuation.

The net result of the scandal is the loss of billions and an industry scrambling to preserve what little reputation and credibility remain.

Undoubtedly, the bankruptcy has birthed a new wave of Bitcoin maximalism, and as some might say, their vitriol towards sh*tcoins has proven to be on the mark time and time again.

Self-custody Bitcoin as the answer

The leading cryptocurrency is simple in design and by all accounts a dinosaur in terms of technology. However, maxis point out that these same “deficiencies” are what makes Bitcoin the only digital asset to hold.

On the bases that Bitcoin has no overseeing foundation, crooked incentives, or groups with special rights, maxis argue that the tenets of decentralization, transparency, and immutability are applicable only to BTC.

In passionately defending this view, the Bitcoin-only crowd has been labeled toxic and narrow-minded in the past. Yet, the events of the past week demonstrate a degree of truth, at least from the perspective of anti-Ponzinomics as applied to exchange tokens.

With hit after hit coming from Celsius, BlockFi, Voyager, Terra Luna, and more, the penny is beginning to drop. Trust, simplicity, and honesty trump yield and short-term gain.

As the industry emerges from the FTX black swan, the BTC maxi movement will only grow stronger.

On-chain Analyst Jimmy Song wrote a lengthy piece on the “moral case against altcoins.” He covered a range of points against altcoins, including falsely riding on the legitimacy of BTC and the influence of short-term incentives from VCs.

He argued that “altcoins are evil” and simply mirror the fiat system but in a new package. With that, their proliferation will not lead to financial freedom, as is often the goal of many who enter the crypto space. Rather, the existence of altcoins only befuddles cryptocurrency from the perspective of getting the real thing, that is Bitcoin.

Additionally, Song argued that the altcoin space hinders Bitcoin adoption, thus preventing those who need it the most from acquiring it due to attention being drawn to newer more shiny projects.

“Altcoins are a cesspool of theft, cronyism and rent-seeking. Altcoins build themselves up on the reputation that Bitcoin has worked hard to attain. They enrich the VCs and altcoin pumpers at the expense of the poor and vulnerable.”

Most would have labeled such views as extreme in the past, or perhaps too black and white. However, the incessant CeFi scandals this year have pushed more people to accept these points.

Despite sell pressure impacting the Bitcoin price in the immediate term, long-term HODLers continue to believe.

The chart below shows a strong uptick in the over-10-year age band. This has been a noticeable pattern since around 2020. However, the>10y wave continues to widen as the BTC price drops.

Analyzing active supply across broader time ranges shows a general uptrend across all categories greater than one year. The most active since 2022 is the red 1+ year ago group, suggesting relatively recent participants are turning maxi.

Miner balances sent all the way back to January 2022