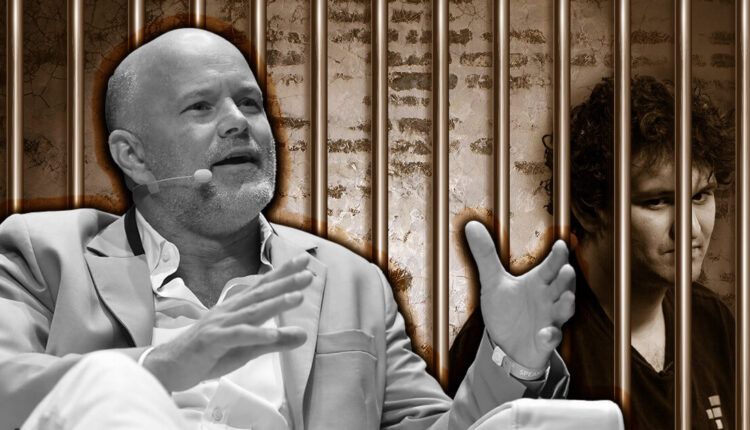 Galaxy Digital CEO Mike Novogratz called the FTX debacle “a crisis of confidence”  during an exclusive CNBC interview where he claimed the incident had created a deficit of trust across financial markets.

Novogratz described the personality of SBF as delusion and one prone to grandiosity while calling out the FTX incident as a criminal account and propagators deserving prosecution. The Bitcoin whale argued the need for tight regulations around digital assets, particularly after the fall of SBF’s exchange.

“It was delusional. Let’s be really clear. Sam was delusional about what happened and his culpability in it,” says @novogratz. “He needs to be prosecuted. He will spend time in jail. And it wasn’t just Sam. You don’t pull this off with one person.” pic.twitter.com/0SSh1r8XIL

According to Novogratz, Crypto markets have failed to regulate themselves in an industry where everything depends on building trust with customers.

“I think the money side of crypto, companies like ours that buy and sell and lend and do derivatives, are going to get regulated and should be,” Novogratz insisted during the CNBC interview.

He pointed out the debacle had resulted in people thinking there would be “a black swan” around every corner or sociopaths delivering different things from what they promised.

The CEO also talked about FTX’s lack of an in-house accounting department that led to the exchange’s messy balance sheet and the crude mistake of mixing up both FTX-Alameda financials.

While other exchanges had clear terms on how customer funds would be utilized or stored, FTX allowed Alameda Research to trade with client funds instead of segregating individual tokens and accounts.

Novogratz suggested customer funds should never be lent out without seeking customer permission, and any digital assets platform ought to have clear terms and conditions.

Meanwhile, the investor also expressed his belief in a positive Bitcoin future, where he said Bitcoin, Ethereum and the blockchain will live on after the FTX crash. However, he warned investors of more difficult times ahead and urged the industry to remain cautious.