Is Ethereum now under U.S. control? 99% of latest relay blocks are censoring the network 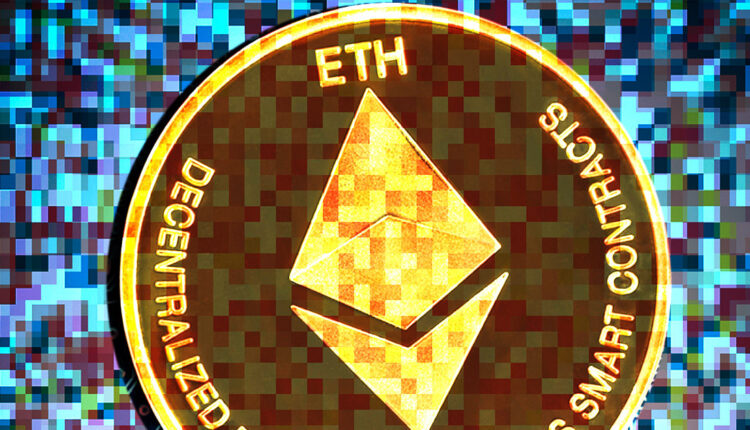 Following OFAC sanctions on Ethereum addresses related to Tornado Cash and other global entities, many were concerned with the precedent set by the bans. Vitalik Buterin, the founder of Ethereum, called for validators to be slashed if censorship were to occur at the protocol layer.

However, over the past month, there has been an increase in OFAC-compliant blocks produced on Ethereum due to using MEV relays such as Flashbots.

Editor in Cheif at Swan Bitcoin, Tomer Strolight, took to Twitter to ask, “Why is nobody talking about this?” The answer may lie in the complexity of the issue. Yet, a valid point is made that censorship through relayed blocks should not be ignored.

Why is nobody talking about this? pic.twitter.com/Nlng6kgHxr

Validators use MEV boost middleware tools such as Flashbots to increase revenue. The GitHub repository for Flashbots explains the prominent use cases.

“With MEV-Boost, validators can access blocks from a marketplace of builders. Builders produce blocks containing transaction orderflow and a fee for the block proposing validator. Separating the role of proposers from block builders promotes greater competition, decentralization, and censorship-resistance for Ethereum.”

The website mevwatch.info gives insights into which blocks have been censored through MEV-boost relays. The intro to the website states,

“Some MEV-Boost relays are regulated under OFAC and will censor certain transactions. Use this tool to observe the effect it’s having on Ethereum blocks.”

Over the past 30 days, 89% of relayed blocks have enforced OFAC compliance. In the same period, 46% of all blocks produced on the Ethereum blockchain also censored transactions that included OFAC-sanctioned addresses.

However, the number of blocks enforcing OFAC sanctions is increasing daily. On October 26, 63% of all Ethereum blocks were OFAC compliant; when only relayed blocks are considered, the percentage increases to 92%. This increase shows no signs of slowing down, as the below chart highlights.

Buterin recently commented on the issue of censorship on the Ethereum network stating that “validators doing active curation is not the goal at all.” In the case of MEV-boost being used to optimize block returns, it is not the validators curating the blocks but the relays.

The nuance between the two may be necessary, but as of Oct. 26, over 60% of all Ethereum blocks are now being censored. The method may be relevant, but the outcome is clear. It may no longer be possible to consider Ethereum censorship-resistant.

No validators doing active curation is not the goal at all. It’s more a question of what level of response is appropriate to what level of transgression.

An FAQ on the mevboost.info website states that validates can “consider not including any relays in your mev-boost configuration that censor transactions.” It lists several alternative MEV-boost services that do not censor information in line with OFAC sanctions. Further, relays are also listed on the ethstaker GitHub.

“Flashbots, BloXroute Max Profit, BloXroute Ethical, BloXroute Regulated, BlockNative, Manifold and Eden. Of the 7 available major relays only 3 do not censor according to OFAC compliance requirements”

For those who reasonably argue that OFAC-sanctioned addresses are there for the protection of the ecosystem, the issue is not constrained to the current sanctions list.

Should the U.S. decide that a project, protocol, token, or even NFT project on Ethereum no longer serves its interest and adds related addresses to its OFAC sanctions list, that project would struggle to survive in the current climate.

63% of blocks produced on October 26 excluded OFAC-sanctioned blocks. Should OFAC decide to sanction DeFi protocols or DEXs due to some new internal U.S. legislation, nearly two-thirds of Ethereum validators would cease producing blocks that include DeFi or DEX transactions. While there is no indication that this is on the cards, the fact that it is a possibility is perilous for crypto.

The concept of cryptocurrency was built on the backbone of permissionless interactions. However, Ethereum now has most of its network beholden to a U.S. entity in the form of OFAC. As Strolight posited on Twitter, from the latest blockchain data, 70/100 of all blocks were OFAC compliant, which may be “enough to take over the whole network.”

70% include non-MEV Boost blocks. I think that’s enough to take over the whole network. pic.twitter.com/rp4UPnNJSZ

Labrys, the company behind mevwatch.info, stated while it is not against regulation,

“Ensuring that Ethereum remains credibly neutral on the global stage is important. All persons and entities operating validators outside of the U.S. should consider running non-censoring relays for the benefit of the network.”

About 61% of BTC holders are underwater as market stagnation persists