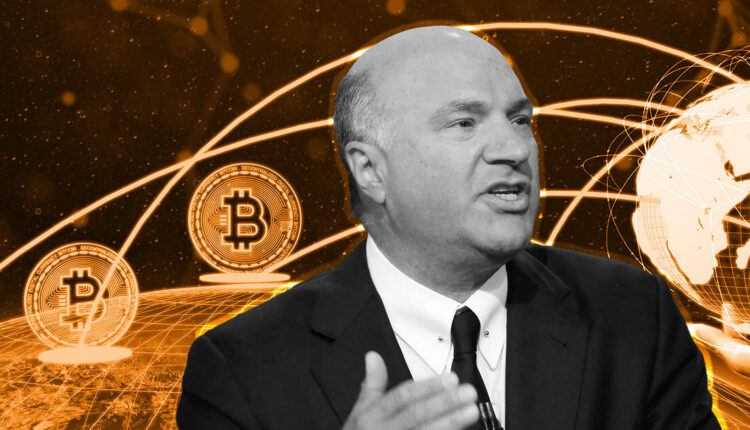 SWF refers to state-owned investment funds, usually funded by a country’s trading surplus. As such, total assets managed by SWF tend to be substantial.

“The acceptable investments included in each SWF vary from fund to fund and country to country. Countries can create or dissolve SWFs to match the needs of their population.”

O’Leary mentioned he is in close contact with several SWFs, naming Norway, the UAE, and Saudi as examples – before adding, “They want Bitcoin.”

Commenting on the demand for alternative cryptocurrencies, such as Ethereum, he said, “the gas fees are a joke; that’s the problem.” However, he said that if Ethereum “becomes the default platform for other digital assets,” SWF demand may rise.

Nonetheless, O’Leary disclosed that, in discussions with SWFs, he discovered that Bitcoin is the overwhelmingly favored digital asset by SWFs. And that proposed allocations range from 0.5% to 3% of the total asset fund.

“When you ask them, ‘if you could buy a digital asset, which one would it be and what allocation?’ It’s about fifty basis points on the low end, up to three hundred basis points from the high end. And ninety-nine percent of the time, they say Bitcoin.”

What is stopping SWFs from buying?

The Canadian entrepreneur explained that the lack of regulatory clarity is holding SWFs back from buying Bitcoin. He added that if U.S. policymakers rolled out a legal framework today, the price of BTC would hit $60,000 before September.

“Right now, if we had policy on Bitcoin, I swear to you the price would be sixty thousand dollars in two weeks.”

Chiming in, Pompliano expressed confidence in policymakers getting their act together, saying “the regulatory stuff will sort itself out.”

Moreover, referring to the growing trend of treating Bitcoin as a commodity rather than a security, Pompliano is further assured that the SWF money is on its way.

“But Bitcoin continues to be the one asset that every regulator around the world agrees on. Bitcoin is not a security…”

Coinbase rolls out plans for users on Ethereum Merge