Microstrategy could defend $21k BTC to stop a margin call 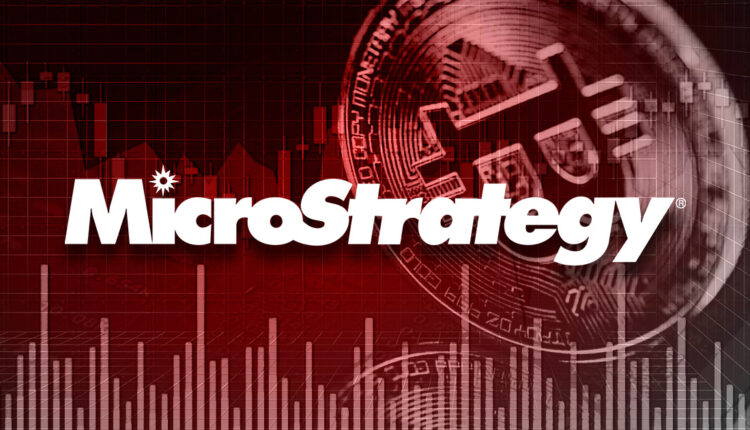 The Microstrategy Q1 earnings call has revealed that they have a vested interest in keeping Bitcoin above $21,000 should there be a market capitulation. Microstrategy currently owns 129,200 bitcoins, according to their CEO, Michael Saylor, who is one of the biggest supporters of Bitcoin. The company recently took out a $205 million loan backed by their bitcoin holdings to purchase additional Bitcoin.

In the earnings call, Phong Le, the CFO of Microstrategy, explained that they have an LTV on the loan of 25%, meaning that they have put up 19,466 Bitcoin as collateral. Therefore, if the price of Bitcoin were to fall to $21,000, then they would be a margin call as the LTV would rise to 50%.

However, there is no suggestion that there would be an automatic liquidation. Microstrategy would be required to add additional to the collateral held under custody.  As they have around $4.9 billion in Bitcoin under their ownership, this should be possible as long as that Bitcoin is liquid and not also earmarked as collateral for something else.

However, Cointelegraph has suggested that Microstrategy could also purchase additional Bitcoin at a discounted price to add to the collateral package. They do not have to take Bitcoin from their current reserves to support their loan. Saylor tweeted recently that  “people who understand #bitcoin buy it. People who don’t understand #bitcoin talk about it.” Given how bullish Saylor has been on Bitcoin, it is hard to believe that, if they have the liquidity, he will implore Microstrategy to purchase more Bitcoin for $21,000. This is especially true given that Saylor revealed earlier this year that their average cost price per Bitcoin is $30,200.

It is unknown whether Microstrategy would continue to purchase Bitcoin to defend lower resistance levels or move their currently held Bitcoin to deal with a margin call. However, it would be a divergence from Saylor’s strategic narrative not to do so if they had funds available. They may also have the option to put up more Bitcoin as collateral for an even bigger loan. When it comes to Bitcoin, he appears very single-minded;

“#Bitcoin is a bank in cyberspace, run by incorruptible software, offering a global, affordable, simple, & secure savings account to billions of people that don’t have the option or desire to run their own hedge fund.”

Is a Bitcoin miner the same as an Amazon server and why does it matter?

Bitcoin climbs as FED confirms “inflation is much too high”