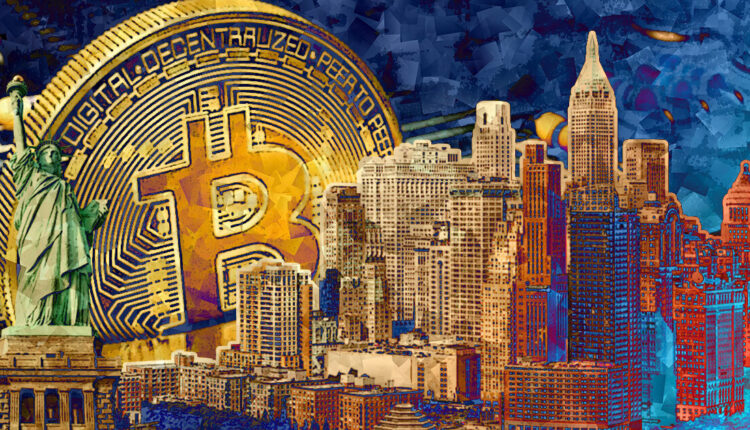 “We view the battle going on in New York right now as a litmus test of what other states may do,”

Companies in New York are revitalizing old fossil fuel power plants to take advantage of the arbitrage between the cost of energy and the price of Bitcoin (BTC) since the recent bull market. Some have since been converted from coal-fired to natural gas, which power generators used to mine Bitcoin.

Greenridge Generation has done precisely this and is the focus of Kelles complaints. They have pivoted towards Bitcoin mining as they can mine Bitcoin at just $22/ MWh — roughly 5x less than the average price paid by U.S. residents. Mining companies use their direct energy cost to mine Bitcoin, which lowers the energy cost.

Greenridge “operates an integrated 106 MW gas-fired power plant and bitcoin mining operation in Upstate New York.” A major backer of Greenridge is Atlas Holdings which manages an additional 1000MW of power stations in the New York and New England areas.

Interestingly, according to its investor relations documents, Greenridge claims to have been entirely carbon natural since 2021. Carbon neutrality seems to be left out of criticisms of crypto mining and its energy use. However, as with many carbon-neutral businesses, this is done by purchasing carbon credits rather than being emission-free. Regardless of this stance, they require a new air quality license to continue mining Bitcoin in the state.

A local conservation group is lobbying to block the renewal of Greenidge’s permit.

A report from 2017 – 2018 covering the effects of mining on local economies stated about Plattsburgh, New York:

The increase in commerce from the influx of Bitcoin miners — due to “ample access to power” — has not helped the local economy. Bitcoin mining is not human resource-heavy and thus does not create many jobs for residents.

Meanwhile, some of these residents are affected by the mining operations in other ways.

Energy efficiency of Bitcoin vs. fiat

There is a drive for Bitcoin to utilize more renewable energy worldwide. However, more focus seems to be given to the energy use of crypto than to traditional industry.

The cities of London, Manhattan, and Shanghai are home to the world’s largest stock exchanges. Each of these requires staffing, servers, heating, lighting, cleaning, waste management, catering, and many other services that require energy. Further, people in these industries have a personal carbon footprint outside of their workdays and commute.

These factors create energy usage for just one small part of the traditional fiat financial system. The energy cost is indirect. Machines are used to print money, but most fiat transactions are online through internet banking.

With Bitcoin, there is a highly efficient correlation between energy and currency creation. It costs a company such as Greenridge around $4,200 to mine 1BTC using modern ASIC miners. At today’s price of roughly $40,000, that is a solid ROI for any business.

Further, it works outs to around 400wh per $1 of Bitcoin mined. How much energy does it take to create a single dollar in the U.S.? Bitcoin does not require many human resources; there is very little maintenance once it is running. One could argue that Bitcoin is penalized for the transparency and direct efficiency of its use of power.

Every 400w over an hour creates $1 of Bitcoin. Anyone can do the calculation with freely available information. Moreso, this energy usage can (and perhaps should) be from wholly renewable sources. We cannot say the same about the fiat system, gold production, or lithium mining. Will we stop using gold or creating lithium batteries?

Ross Ulbricht’s $183M Silk Road fine to be paid via $2.7B in BTC recovered from hacker