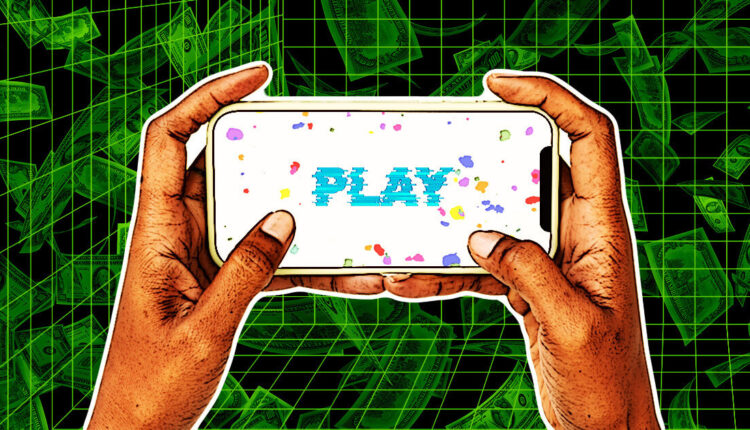 The last couple of years has seen the rise of a new game style based on decentralized technology and offering digital rewards with real-world value. Blockchain-powered “Play-to-Earn” (P2E) gaming has begun to draw some attention, but there is a catch.

Too many of the current offerings have unsustainable economies and uninspired gameplay experiences. This has put up a wall that excludes many traditional gamers who aren’t interested in earning more than gameplay.

It doesn’t have to stay this way, though. New gaming platforms emerge that take necessary new steps to balance their economies while also delivering complex and exciting entertainment.

The rise of P2E gaming has split the gaming community into two camps. On the one hand, you have more traditional gamers who want rich, immersive, and innovative experiences.

On the other, you have those motivated to play by the chance to earn actual income. Usually, the former comes from more affluent parts of the world, where the average gamer sees the endeavor as pure entertainment.

The latter tends to come from more impoverished areas and see an opportunity and a chance to earn an income that often transcends the local average for jobs and is certainly easier.

While those interested in earnings don’t seem to mind if a gameplay experience isn’t enjoyable, those who play for entertainment often see the integration of monetary elements into their games as intrusive and abrasive.

Just look at the intense pushback that has occurred around things like microtransactions and loot boxes. Not to mention that, on average, gamers seem to be entirely opposed to NFTs as well.

This has created a divide that has held virtually all P2E and blockchain games from breaching mainstream audiences. By limiting appeal, these platforms restrict themselves to only financially motivated users.

This then creates another problem. These users, by definition, act as value extractors of the overall ecosystem. They consistently move their earnings off-platform instead of reinvesting them.

While it is their right to do so, and an open ecosystem should allow for this, it still means that the overall system is unsustainable long term. A thriving economy can’t consist solely of those who seek to move value out of it.

How To Build a Bridge

To bridge these separate game worlds and bring new users and liquidity to these games, developers need to reimagine both their economics and their gameplay.

For one, there need to be some types of incentives within the experience for users to recirculate at least some of their earnings back into the game. What this looks like could vary, but a system that offers compounded rewards for long-term engagement needs to be implemented to encourage a thriving economy.

Then there’s the actual end-user experience. Presumably, financially motivated players wouldn’t mind games that are truly fun to play, and it may even encourage more of that mindset to get involved.

However, more importantly, if developers create titles that compete with their non-blockchain predecessors, then both casual and hardcore gamers will begin to come into the P2E space. This will bring in support that won’t simply jump ship if the in-game earnings become less profitable and hence should act as a stabilization element on the in-game market.

The point is, gamers demand thoughtful products that entertain and challenge. For most of them, being able to earn a bit of money isn’t a motivation to pick up a title.

If they do show up for the gameplay, they may be pleasantly surprised to find they can earn a bit of money along the way. In this way, almost all types of users can find value in a title that blends smart economics with a genuinely engaging experience.

Michael Rubinelli, Chief Gaming Officer at WAX Studios, is a technology & gaming leader with 15+ years’ progressive experience in executive leadership, product development, and continual revenue growth and is renowned for his success at top corporations (including Disney, THQ, Electronic Arts). Michael has now turned his attention to Play-to-Earn games and spends most of his time expanding the Gaming Division of WAX Blockchain.

Behind zkLend, a dual solution money market protocol for institutions and retail