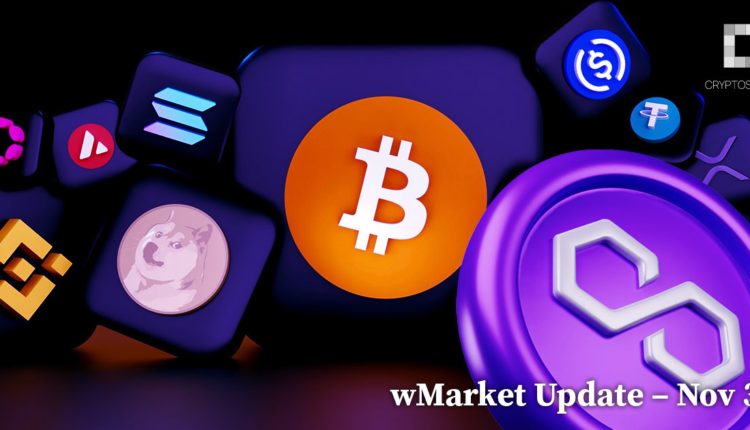 The top 10 cryptocurrencies posted gains over the last 24 hours, except Dogecoin, which is down 10.4% due to news that Twitter is being sued for failing to provide sacked workers with sufficient notice. Polygon leads the large caps thanks to partnering with Meta for NFTs, growing 14.9% over the period.

During the reporting period, BTC began moving higher during Thursday evening to peak at $20,700 during the early hours of today. Price action has since traded largely flat.

ETH’s price movement over the reporting period mirrored BTC’s. A pump on Thursday evening set off an uptrend that peaked at $1,600. Bears have since applied pressure to stop a continuation higher. However, the majority of gains made over the last 24 hours have been retained.

OKB saw 24.1% gains over the last 24 hours to trade at $20.3656. The utility token of the OK Blockchain Foundation saw a strong spike early Thursday evening (UTC). Its market cap stood at $1.22 billion.

DOGE fell 10.4% over the reporting period to $0.1194. The meme coin fell over news Twitter had paused its crypto integration plans and is being sued by laid-off workers. Its market cap stood at $15.82 billion.