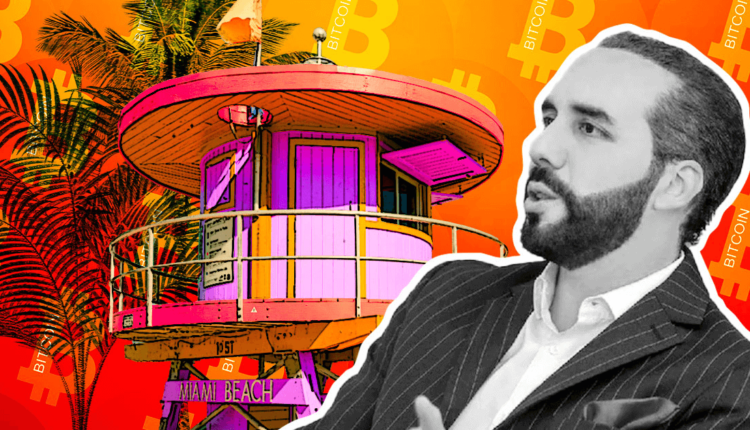 El Salvador’s President Bukele, who made history at Bitcoin Miami 2021 by revealing his plan to make El Salvador the first country to adopt Bitcoin as legal tender, canceled his appearance at this year’s event due to “unforeseen circumstances.”

In a letter addressed to attendees, President Bukele wrote he is needed in his home country at this time and will not be able to attend. The reason could potentially be the recent surge in gang violence in the country.

Bitcoin Miami 2022 opens today — April 7 — with the promise of being bigger and better than last year’s event.

This year’s four-day “pilgrimage” features over 450 speakers, including some of the leading names in the industry, such as Michael Saylor, Adam Beck, Jack Mallers, and Anthony Pompliano, among others.

Is the violence an attempt to destabilize Bitcoin?

President Bukele opened his letter by calling the Bitcoin conference a celebration of freedom, decentralization, and ingenuity in fighting against ignorance and dogma.

Carrying on with this theme, he described the strive for cryptocurrency adoption as an “existential battle” that centers on the fight for freedom of money.

Nonetheless, due to “unforeseen circumstances,” his presence is needed in El Salvador at the current time. He signs off by suggesting the circumstances were due to fate.

As violence erupted on the streets of San Salvador during the last weekend of March, Bitcoin advocate Max Keiser claimed IMF “banksters” were behind it.

Keiser said this is a response to El Salvador using Bitcoin to break free from the financial terrorism doled out by the international banking cartel.

That weekend saw the death of sixty-two people as gang members randomly fired at members of the public. It marked the worst violence in the country’s history since the end of its civil war in January 1992.

To control the situation, Bukele’s administration voted to suspend constitutional rights for 30 days from March 27. The emergency measures include widening the scope of arrestable offenses, restricting public gatherings, and enabling the interception of communications.

Since then, the crackdown has led to the arrest of over 6,000 people accused of being gang members. But observers are raising concerns that ordinary people who live and work in gang-dominated neighborhoods have also been arrested indiscriminately.

Lawyer at human rights group Cristosal, Zaira Navas, said the authoritarian response to gang violence has left innocent people unable to state their case or even know what crime they are being charged with.

“The detainees have lost their right to defence and do not have the right to know the reasons for their arrest.”

If banksters are behind the surge in gang violence, then they have succeeded in bringing chaos and set in a motion a wave of anti-government sentiment.