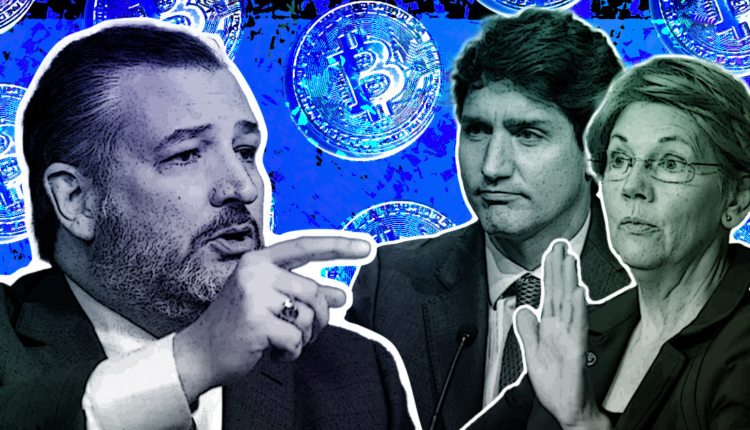 During the Canadian “Freedom Convoy” protest, Ted Cruz pulled Bitcoin into the widely famous CPAC political gathering by highlighting how censorship-proof the cryptocurrency was.

“The Left hates Bitcoin because they cant control it”

The tweet below shows the speech made by the US senator at the Conservative Political Action Conference (CPAC) 2022 event in February earlier this year.

One of the reasons I’m bullish on #Bitcoin is because it’s decentralized.

The Left hates Bitcoin because they can’t control it. #CPAC2022 pic.twitter.com/D4PYNacNBZ

Cruz slammed everyone from Justin Trudeau and Elizabeth Warren to the Chinese Communist Party for rejecting Bitcoin, saying they are against it to limit people’s financial freedom and civil freedoms.

“It’s one of the reasons why I am so bullish on crypto on Bitcoin because it is decentralized and not controllable.” Ted Cruz said during his speech.

The senator also described a situation where the Ontario Superior Court demanded that the Nunchuk Bitcoin wallet freeze and disclose information on digital assets sent to anti-vaccine mandate protesters.

“Let me give a fantastic example. So Justin Trudeau said, ‘I don’t like me some truckers. So we’re going to seize your assets. So then the court went to try to seize the crypto that was being given to the truckers.” he said.

He then read the now-famous email response from the Nunchuk wallet firm to the Canadian government, in which they said that it is impossible to freeze accounts since “that is how decentralization works.”

This was the team’s response. pic.twitter.com/uyW9OWs1LS

“We do not collect any user identification information beyond email addresses. We also do not hold any keys. Therefore, we cannot freeze our users accounts.”

Ted Cruz then highlighted one of the most critical parts of the letter:

“We cannot prevent them from being moved. We do not have the knowledge of, quote, the existence, nature, value and location of our users assets. This is by design.”

The email response closed off with the following lines:

“Please look up how self custody and private keys work.”

“When the Canadian dollar loses its value, we will be here to serve you as well.”

Cruz highlights the importance of decentralization and blockchain technology. Since no entity can control the blockchain or user wallets, funds are fully controlled by the users.

Direct control prevents intervention from any corporation, government, or third party, allowing for the free exchange of funds for users worldwide.