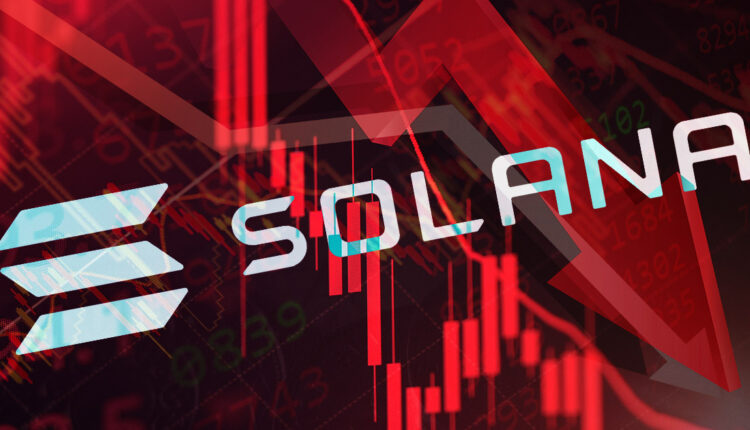 Solana took another sharp fall today, sinking below $10 for the first time since February 2021.

Since the FTX collapse, Solana has been under pressure due to the project’s close ties with the disgraced exchange.

However, hardcore believers continue to be optimistic in the face of adversity. For example, @LitecoinYagami tweeted:

“Solana will have the greatest comeback story in crypto history. I can see it already. Stay strong.”

However, others are more bearish about the project’s prospects, including @IvanOnTech, who pointed out SOL’s market cap slid to 17th in recent weeks — below TRON and Shiba Inu. While also mentioning the developer exodus as a sign of worse to come.

“Solana is now below Tron and even SHIB

Over the last 24 hours, Solana dropped as much as 13%. The fall comes amid wider market sell-offs, with only LUNC, LDO, and XCN down to a greater extent in percentage terms.

2022 has been a tumultuous year for crypto prices, but Solana, being heavily backed by former FTX CEO Sam Bankman-Fried, has suffered worse than others.

Tumbling token price and developers and projects jumping ship point to a crisis of confidence in the project’s ability to recover from the FTX fallout.

However, @IvanOnTech tempered his previous comment by saying this is an opportunity for Solana to rise to the challenge. He added that with “enough will and work,” Solana can turn the situation around to “dominate the next bull market against the odds.”

Are developers leaving in droves?

On Dec. 16, CryptoSlate reported that data from the Token Terminal aggregator showed a 90% decline in Solana devs.

According to the data, a peak of approximately 2,500 devs was reached around January 2022. This has since fallen to just 75 at present.

Critics blasted the data, with some saying the numbers do not tie up with anecdotal accounts. Similarly, Solana said as of November, “thousands of devs” were working on the chain.