Stablecoin regulation could spell the beginning of the end for DeFi 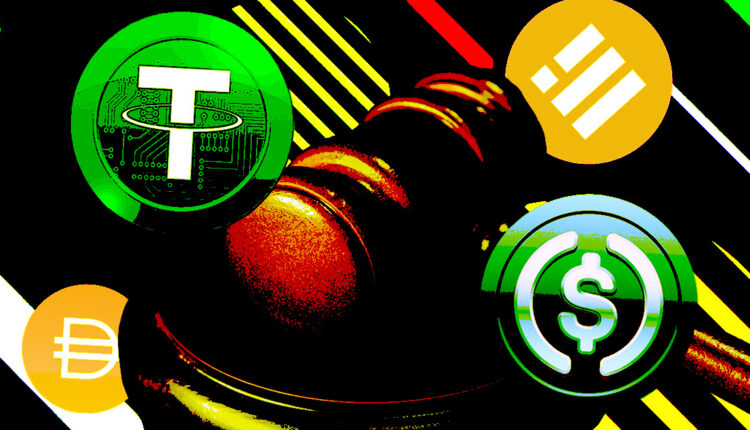 Ever since the concept of decentralized finance (DeFi) came to the forefront of the crypto space back in 2020, critics (including me) have noted that much of this sector is decentralized in name only.

One of the key areas of centralization is found with the various stablecoins that make up a large portion of the DeFi economy.

To get an idea of how critical these centralized stablecoins are to the DeFi space, consider that more than half of Uniswap’s trading volume over the past 24 hours was conducted in the UDC-ETH trading pair and roughly 94% of the assets borrowed on Compound are USDC, USDT, or DAI (effectively a USDC derivative at this point).

While there are multiple projects that have the intention to build more decentralized, permissionless stablecoins for DeFi, the reality is USDC, USDT, BUSD, DAI, and the other major stablecoins are currently all backed by assets held in traditional, easily-regulated financial institutions. In other words, governments could outlaw a massive part of the DeFi economy with the strike of a pen. And every now and then, a regulator comes out and says they may end up doing that.

Latest Comments from the Fed

During last week’s DC Fintech Week, Federal Reserve Vice Chair for Supervision of the Board of Governors Michael Barr made a variety of comments regarding the crypto industry. While Barr does not see a viable future for native crypto assets like Bitcoin as money, he does see potential in stablecoins.

That said, Barr covered a number of risks associated with dollar-pegged crypto assets. Perhaps most interesting in the context of DeFi is Barr’s point that stablecoin issuers may not be able to track who is using their tokenized dollars.

“As banks explore different options to tap into the potential of the technology, it is important to identify and assess the novel risks inherent in those models and whether those risks are surmountable,” said Barr.

“For instance, with some models that are being explored, the bank may not be able to track who is holding its tokenized liability or whether its token is being used in risky or illegal activities.”

While there is work underway on technical solutions for managing these risks, it remains an open question whether banks can engage in such arrangements in a manner consistent with safe and sound banking and in compliance with relevant law.

Given these open questions, banks looking to experiment with these new technologies should do so only in a controlled and limited manner. As banks experiment, I invite them to engage with their regulators early and often to discuss the benefits and risks associated with these new use cases, ensuring they are consistent with banking activities being conducted in a safe, sound, and legally-permissible manner.”

This is not the first time the issue of pseudonymous stablecoin usage has been brought up or hinted at by a regulator or government official, but it is perhaps the most explicit. In September 2020, the U.S. Office of Comptroller of the Currency (OCC) provided guidance (PDF) for banks that wish to offer backing for stablecoin issuers.

However, the opinion from the OCC specifically did not touch the issue of stablecoins held in a non-custodial manner. “We are not presently addressing the authority to support stablecoin transactions involving un-hosted wallets,” read the guidance.

More recently, the White House announced that the Treasury Department will complete an illicit finance risk assessment on the DeFi sector by February 2023. In the same announcement, the White House noted that the development of a central bank-issued digital currency (CBDC) could help support the effectiveness of economic sanctions imposed by the U.S. around the world. This is particularly interesting in the context of the recent boom in stablecoin use in Russia (according to data from blockchain analytics firm Chainalysis), which has been dealt with heavy economic sanctions in response to the country’s invasion of Ukraine.

While there is still plenty of regulatory uncertainty when it comes to stablecoins today, the current best practices used by the major providers are to collect personal information from users who create or redeem stablecoins via bank transfers. This leaves room for stablecoins to be used pseudonymously on a blockchain, but it’s important to remember that Chainalysis is always watching and users almost always have to identify themselves when they interact with the traditional banking world.

What Would Be the Effect on DeFi?

To be clear, there is currently no plan to implement stricter Know Your Customer (KYC) and anti-money laundering (AML) regulations on stablecoins in the U.S. That said, it’s clear such a move is possible in the near future, as some lawmakers have been pushing for stablecoin regulation over the past year.

In terms of effects on DeFi, stronger regulations on stablecoins would be massive. A key selling point of various DeFi apps is the ability to trade, borrow, lend, and conduct other financial activities without handing over personal information. This has obvious ease-of-use benefits and can also improve privacy for the end user, but those selling points disappear in a situation where stablecoin users must identify themselves.

While it’s true that stablecoin holders can still hold their own keys in a more regulated environment, the reality is that these are still IOU tokens where a traditional bank still holds the real value. So, that’s a moot point. Users would also need to consider the issue of miner extractable value and publishing their finances, which are now directly tied to their real-world identity, on a public blockchain. It may make sense for many DeFi users to return to a traditional, centralized exchange model at that point.

“If stablecoin transactions must follow the Travel Rule, centralized stablecoins basically become PayPal,” said Sovryn contributor Yago when reached for comment. “DeFi will probably bifurcate under such a scenario with some protocols becoming permissioned and others becoming more censorship resistant. Permissioned ‘DeFi’, however, is not a thing anyone needs.”

Of course, stablecoin issuers like Tether still see a role for their dollar-pegged tokens in a situation where the regulatory hammer comes down on the sector. “

As Tether customers do now, we imagine that USDT would continue to be the most widely used stablecoin on the market as a stable and efficient way to transmit dollars globally,” said Tether CTO Paolo Ardoino when asked about the value proposition of USDT if stricter KYC and AML regulations were implemented.

In an exclusive chat with CryptoSlate, Ardonio commented:

“Tether has a variety of use cases particularly within the developing world such as Argentina, Brazil, Turkey and others. It can easily be transferred between exchanges or people, instead of transferring money through banks. It is easy to buy and sell and is available at the place you buy your cryptocurrencies (exchanges). Tether is often used as a way to hold money on exchanges when traders feel the market is extremely volatile and it has also found utility in emerging markets, where citizens work to combat inflation, and within a bustling ecommerce ecosystem.”

In terms of the potential effects of stricter stablecoin regulation on DeFi, Ardoino avoided the topic of DeFi specifically and instead pointed to the potential growth benefits of greater regulatory clarity in the space:

“Stablecoin regulation would provide much needed clarity for larger corporations, financial institutions, and fintech companies to enter the crypto market,” said Ardoino. “A more secure and regulated crypto ecosystem is beneficial for everyone involved, and we envision that regulation would open up gateways for more products to be introduced into the market. In our view, the fact that stablecoin regulation is such a hot topic of discussion for regulators now since we invented the currency in 2014 is incredibly exciting because it further validates stablecoins’ utility. If anything, regulations would send a message that stablecoins and digital currencies are here to stay as staples of economic freedom.”

It’s unclear if a potential split of the DeFi space into regulated and unregulated environments would take place at the stablecoin layer or on the base blockchain. Notably, there have been concerns regarding the potential regulatory capture of Ethereum since the completion of its move to proof-of-stake. “Unless the global regulatory regime changes dramatically, centralized stablecoins are going to become more and more PayPalized,” added Yago.

While DeFi wouldn’t completely disappear in a world with stricter KYC and AML enforcement on stablecoins, it’s clear that it would lead to a situation where the sector is a small fraction of the size it is today, as much of DeFi’s utility is removed once you regulate the stablecoins.