STEPN to lay off over 100 staff 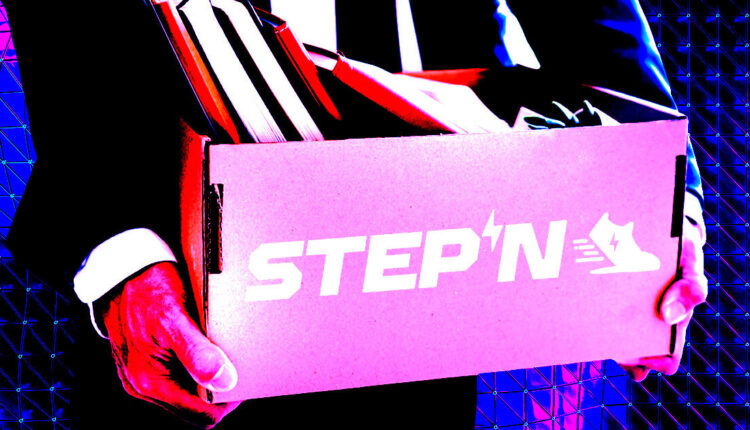 Move-to-earn gaming company STEPN (GMT) will lay off over 100 of its staff, including MODs and ambassadors, according to WuBlockchain, who cited community sources.

STEPN’s parent company, Find Satoshi Lab, will also reduce investments in STEPN to focus on promoting itself and upcoming new projects, like the new NFT exchange platform, Find Satoshi Lab is building. The majority of GMT simple agreement for future tokens (SAFT) will also be unlocked in March 2023.

STEPN pointed at the current bear market as the reason for layoffs. Even though it announced that it received a $112.5 million profit from the platform fees in July, the GMT token has been quite volatile recently.

In May, STEPN announced that it would stop its services within mainland China on July 2022 due to regulatory concerns. Upon the announcement, the GMT price fell by 40%.

However, the GMT managed to spike back up three days later and become one of the top three coins leading the crypto recovery. At the time of reporting, STEPN had spiked by 27% in 24 hours.

The hype didn’t last long, as the GMT token only kept dropping from then on. In June, GMT had lost 98% of its value in the previous two months, sparking the question if move-to-earn was dead.

According to data from Dune Analytics, the STEPN platform recorded 5,058 active users in the past 24 hours and 22,506 active users over the last seven days.

Many crypto companies have been laying off staff and choosing to downsize due to the market conditions since the early days of the bear market.

Gemini was the first company that announced it would lay off 10% of its staff on June 2 and another 15% on July 19. Coinbase followed Gemini’s first announcement by un-hiring new recruits on June 4. Crypto.com, Robinhood, Bitmex, and BlockFi came next, each laying off a portion of their staff that reached up to 25%.

The firing trend spread so much that the U.S. Financial Industry Regulatory Authority (FINRA) announced that it’d welcome people with crypto knowledge who recently got laid off from a crypto company.