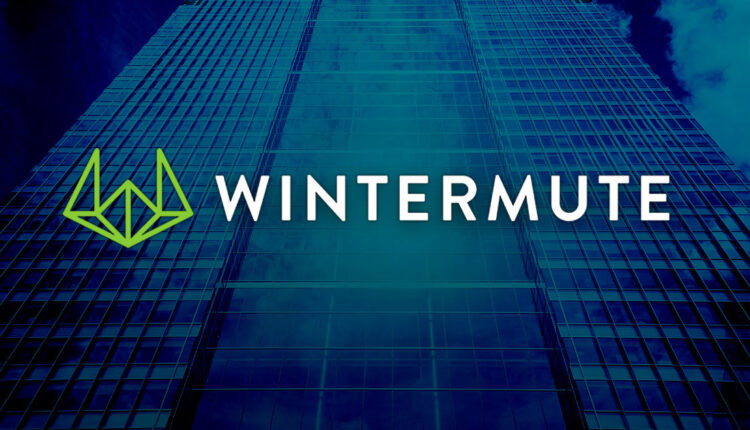 Founded amid the 2018 bear market, Wintermute rose from a small trading firm with less than $1 million in revenue to a crypto behemoth that traded $1.5 billion in volume last year. The company’s road to riches was paved with careful trading strategies, wide spreads, and thin margins – with just a little luck in between.

In a recent Forbes profile, Wintermute’s founder and CEO Evgeny Gaevoy described the company’s parabolic rise and the problems it faced along the way.

The DeFi Summer that made Wintermute

After spending nine months struggling to raise $900,000 from angel investors, Gaevoy and his co-founders brought in less than $1 million in revenue in Wintermute’s first year of trading. Undeterred by 2019’s low trading volume, Wintermute’s team spent a lot of time and resources establishing arbitrage algorithms.

The company didn’t know at the time that it was laying down the foundation for one of the most volatile years in the crypto markets. On Mar. 12, 2020, the pandemic crushed the U.S. stock market, taking the crypto industry down. The aggressive price swing enabled Wintermute to utilize its arbitrage systems and pocket $120,000 daily.

With a taste for profits, the company raised $2.8 million in July 2020 — right in time for the DeFi Summer.

The explosion of DeFi proved to be a perfect ground for Wintermute’s arbitrage, and the company began aggressively trading on Uniswap and other decentralized exchanges. Of course, the company had no preference when it came to trading, but it soon realized that the most considerable profits could be made on newly issued coins with low liquidity.

The company finished 2020 with over $53 million in revenue and quickly set up as a market maker on DEXes like dYdX. Highly liquid and with an appetite for trading, Wintermute negotiated contracts with token issuers like Optimism to act as their main liquidity provider. They also began experimenting with MEV trading on Ethereum and profiting further on arbitrage.

The company was trading on 30 centralized exchanges and at dozens of decentralized ones, buying and selling over 350 different tokens.

This provided Wintermute with an unparalleled view of the market, enabling the company and its traders to spot opportunities where others couldn’t — most notably with Terra.

The hunt for UST

In February 2021, Gaevoy became aware of the rising suspicion surrounding Terra’s algorithmic stablecoin UST. With around $15 billion in circulating volume and a target on its back, UST became Wintermute’s primary focus.

As spring came, Wintermute’s developers spent a month integrating their trading systems with the Terra blockchain. They set up their servers to run Terra nodes and wrote brand new trading algorithms specifically for LUNA and UST. When UST first lost its peg on May 7, 2021, Wintermute traders worked in shifts to manage their ambitious arbitrage strategy.

According to Gaevoy, Wintermute bought the rapidly de-pegging UST and redeemed it for $1 worth of LUNA. The LUNA was then quickly sold for a profit margin of 10% to 15% on every trade — much higher than the 2% arbitrage margin Wintermute was used to.

They traded more than $250 million worth of UST all the way down to $0.10 and gained tens of millions in profits. Sources revealed that Wintermute’s trading volume was so high that Do Kwon had even loaned the company millions of dollars worth of UST to keep the market liquid.

Do Kwon’s attempts to salvage UST were ultimately unsuccessful. And while it’s safe to say Wintermute didn’t bring Terra down on its own, it certainly didn’t help. A Forbes profile of Gaevoy and Wintermute noted:

“Gaevoy didn’t cause Terra’s death spiral, but he greased the skids by being a major buyer of UST while people frantically tried to sell.”

The Terra play is a perfect example of Wintermute’s trading strategy — trade over a wide variety of assets on various platforms. Eventually, some of those bets are bound to pay off. When asked about the secret to the company’s trading strategy, Gaevoy said:

“We are not the best ones in everything we do.”

Gaevoy said that the company has made over a billion trades, and the slim profits across all of them have added significant sums. In 2021, the company made $1.05 billion in revenue and $582 million in profits. In addition, Wintermute paid out a $35 million dividend to shareholders and gave some employees multi-million dollar bonuses. Gaevoy took home around $12 million from the dividends, owning a third of the company.

Jeremy Liew, a partner at Lightspeed Ventures, said that the company positioned itself in the right spot “so when the wave came, they went for a long ride.” Lightspeed is one of Wintermute’s largest investors, with the investment firm holding a 15% stake in the company.

Rising from the ashes of FTX

In September, the company suffered a $160 million hack in its DeFi operations. Around 90 of Wintermute’s assets were hacked, with only two having a notional value of more than $1 million.

The collapse of FTX also left Wintermute without the $59 million it had locked on the exchange. The company has quickly written off the amount, with Gaevoy saying he believes it’s gone for good. As of December, they have consolidated most of their money to three centralized exchanges — Binance, Coinbase, and Kraken.

Gaevoy said that the company was trading just $1 billion daily, down from the $3 to $5 billion it was trading earlier this year. For the first nine months of the year, it booked just $225 million in revenue. Likely, Wintermute won’t be profitable this year, Gaevoy said but noted that it’s standing on solid financial footing.

With FTX and Alameda now gone, Wintermute is left as the largest market maker in crypto. With $400 million in equity and $720 million in assets, the company will live through the current bear market.

The relatively low trading volume at the company left its traders free to prepare for the next bull run. Gaevoy said:

“We don’t necessarily care about making the most now because it’ll be just a tiny fraction of the bull markets that can come.”

Another 2021, this time without its main competitor Alameda, could make Wintermute immensely profitable. Gaevoy also wants to fill out the void left by FTX and potentially launch a derivatives exchange that caters to professional traders.

However, he would use a much different approach than FTX when storing and managing customer funds, spreading them across several outside custodians.

“We knew they were a bit reckless and made big bets, but we could not have imagined the level of, frankly, stupidity that seems to have gone into their trading and management decisions.”

SBF to return to US; Core Scientific files for bankruptcy; Deribit transfers ETH to Alameda