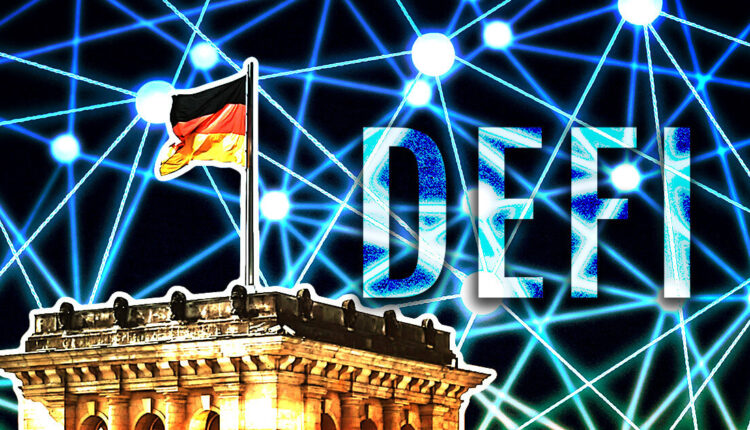 Birgit Rodolphe, a senior executive at German financial services regulator BaFIN, has called for the regulation of decentralized finance. She cited the risks of fraud and hacks as enough reason to regulate the sector.

“The scene is rich in technical problems, hacks, and fraudulent activities. Damage in the three-digit million range is not uncommon,” she said.

Rodolphe also pointed out that DeFi isn’t as “grassroots democratic and altruistic” as its supporters claim. This directly counters the claim by DeFi fans about how it allows for a permissionless economy and provides financial services for the bankless who can’t access traditional financial services.

However, she admitted that DeFi is still a niche sector. But there would be a need for regulations should it become a rival to the traditional financial sector.

The comment is coming a few days after German regulators released new tax rules for cryptocurrency in the country.

Germany has been one of the most pro-crypto countries in recent times. It was number one on the CoinCub survey of most crypto-friendly countries globally.

The European Union is also considering extending its Markets in Crypto Assets (MiCA) law to other digital assets and crypto innovations, including the Web3 and financial sectors.

The law was initially intended to regulate stablecoins. But regulators and the government are now considering extending it to cover non-fungible tokens and DeFi. However, it’s likely that regulators won’t be imposing any yet and will first study the issue before making any laws.

But Rodolphe believes the time is going. According to her,

“The longer the DeFi market remains unattended, the more the risk for consumers increases. And this makes the greater the risk that critical offers that have systemic relevance will establish themselves.”

Therefore, she recommended regulations that allow those providing innovative DeFi solutions to operate safely and legally.

“Ideally, such requirements would, of course, be uniform throughout the EU in order to prevent a fragmented market and to leverage Europe’s entire innovation potential,” she added.