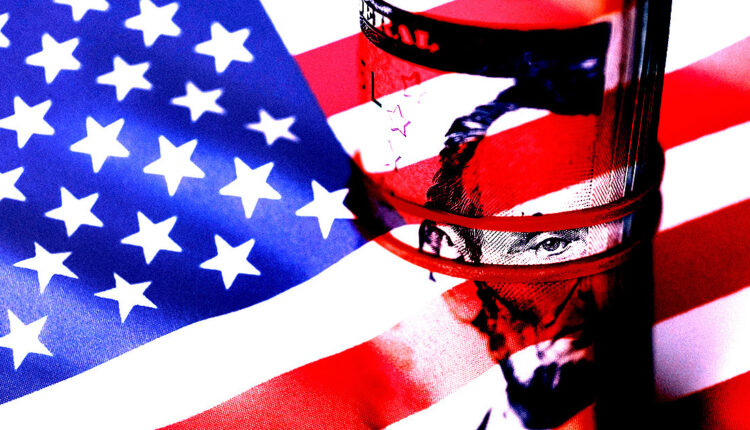 Over $11 trillion of the debt was added in the past 10 years alone, $5 trillion of which was a direct result of the debt spending initiated by the Biden administration in 2020.

While many economists argue that a certain level of debt is necessary to stimulate growth, the current national debt breaks all previously seen thresholds. The world’s leading economy is running a deficit, with the ratio of debt to GDP currently standing at 137%. The $31 trillion the U.S. owes dwarfs the $25 trillion GDP it saw this year.

Despite the government’s efforts to reduce the deficit for the 2022 fiscal year, economists expect it will rise higher than previously expected over the next three years. This is largely due to rising rates driving higher interest costs, which many believe will further increase the national debt.

As significant chunks of the debt mature, they will need to be replaced with additional borrowing, with interest rates compounding. Replacing the $31 trillion of debt at a 3.2% rate would bring the interest rate expense to $1 trillion annually.

Current economic conditions mean that the U.S. would need to borrow more money to pay off interest rates. With government spending rapidly outpacing tax revenue, the deficit will continue to increase. A declining economy heading into a recession has already dealt heavy blows to the market, wiping out billions in profit. The losses retail investors suffer mean fewer capital gains taxes, while the losses institutional investors suffer reduce the overall amount of corporate taxes the government collects.

Despite the COVID-19 pandemic exacerbating the issue, this problem began long before 2020. The growing debt has been hanging over the U.S. economy since the late 1990s and exploded in 2007 with the onset of the Great Financial Crisis. Resolving the wreckage left by over-leveraged financial institutions required aggressive quantitative easing (QE), setting a solid foundation for another recession.