Wintermute CEO argues Crypto Twitter “doesn’t matter” as much as “US regulators, politicians” in response to SBF discourse 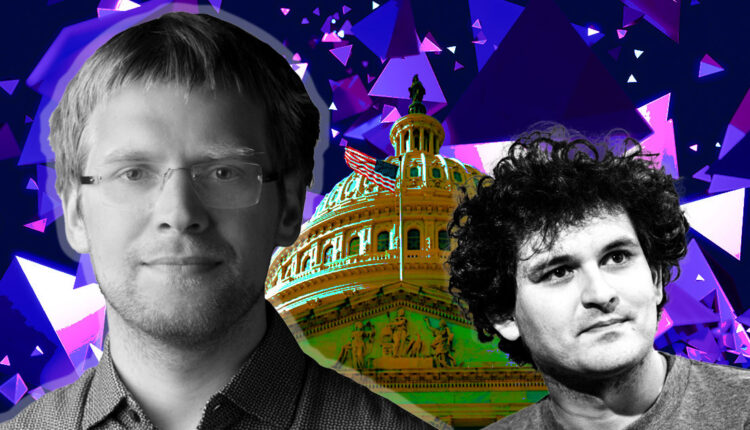 CEO of Wintermute, Evgeny Gaevoy, took to Twitter on October 23 to add commentary to the discourse around FTX CEO Sam Bankman-Fried and his intentions within the crypto industry. Gaevoy argued that Crypto Twitter is a “tiny subset of the world” and “doesn’t matter.”

Gaevoy went on to say that “US regulators and politicians as well as broader user base matter way more” in an apparent attempt to hit back against the argument that SBF is “entering some kind of villain ark;” a concept Gaevoy said he found “silly.”

Recently, the state of Texas issued an investigation into FTX and SBF regarding unregistered security offerings. Following this announcement, SBF took to Twitter to give his thoughts on the future of crypto regulation.

My current thoughts on crypto regulation.https://t.co/O2nG1VrW1l

SBF’s thoughts essentially consisted of a desire for “regulatory oversight and customer protection” and an “open, free economy.” In the meantime, he argued that “standards” are needed until proper regulation is installed. SBF also posited that the crypto industry should follow OFAC sanctions in an FTX Policy post linked in the Twitter thread. OFAC sanctions have been at the heart of the censorship debate on the Ethereum blockchain recently, and SBF’s support “triggered” Crypto investor and CEO of ShapeShift, Eric Voorhees, in his own words.

Voorhees wrote an extended response to SBF in a blog post on Money and State on October 20. In the post, he stated that SBF,

“recognizes that decentralized code is speech and as such ought not be regulated.  But unfortunately, he then advocates all manner of regulation on the means by which normal humans interact with such code.”

SBF had argued that “BTC and ETH are not considered securities” in a statement asking for greater clarity on what defines a security in the crypto world. However, the Shapeshift CEO, Voorhees, responded, in a damming “rant” about the SEC, that,

“had Ethereum been explicitly classified as a security upon its initial crowdsale, the SEC would’ve smothered in its crib one of the greatest world-changing inventions in human history.”

Voorhees vehemently disagreed with SBF’s comments stating that his view on sanctions was “the road to tyranny, ubiquitous surveillance, and the worst dystopian, Orwellian financial system that could be dreamed up.”

“To the degree someone proposes a rule via regulation, we should employ a high degree of skepticism and caution, for they act without civility under the banner of violence.”

The concept of blockchains blocklisting addresses at the protocol level is something that Voorhees strongly disagrees with and one that SBF suggested stating they are “the correct approach to sanctions compliance on blockchain environments.”

Gaevoy’s comments came after those of Voorhees, and Gaevoy may well have been aware of Voorhees’s response given the public arena in which it was made. The Wintermute CEO stated that he was “mostly in line with Erik Voorhees’ post” and that,

“The key differentiation between standards and regulations/laws is really key. While I’m not necessarily optimistic we’ll get to dictate standards, we can at least try, can we?”

In answer to the question of whether SBF pushes for such a plan or looks to shape regulation solely to “suit FTX,” Gaevoy said, “we’ll know soon enough.” However, he did assert that, in his meetings with SBF, he had come to know him well enough to state that he is not “a Palpatine,” in reference to SBF being akin to a movie villain from Star Wars. Gaevoy believes that we would “know by now” if SBF had ill intentions in his desire for more crypto regulation.

While Gaevoy’s comments may appear fairly neutral and semi-optimistic about the potential future of crypto, it is disheartening to hear his thoughts that the general public engagement on social media “doesn’t matter.”

Crypto Twitter comprises some of the brightest minds in the blockchain space, along with many of the savviest retail investors. The concept that these individuals and organizations outside the US are irrelevant to the discussion may be troubling to global investors.

To give the benefit of the doubt to Gaevoy, the “broader user base” may include all projects, individuals, and investors outside of the US. Yet, such a grouping could indicate a US bias by others in the crypto space.