44 nations converged to discuss bitcoin in El Salvador: The Davos of crypto? 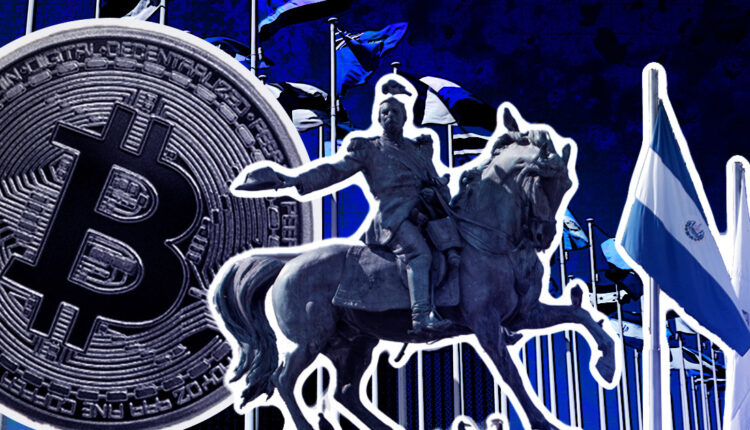 What happens when a government defaults on its ability to pay debt? On April 18th, Sri Lanka missed its deadline to pay $78 million in global bond payments.

Now, the country is on a trajectory of the biggest default in its history, worth $12.6 billion in overseas bonds.

The default trajectory is followed by mass riots amid food, power, and petroleum shortages. In such a scenario, a nation without much in the way of natural resources and monetary power is left with little recourse except to engage in money “printing” to pay for wages temporarily.

As the Federal Reserve increased its balance sheet by $4.5 trillion over the last two years, the central bank triggered an inflation rate above 8%, 4x higher than its 2% target. Yet, this is small compared to Sri Lanka’s nearly 30% inflation, going to 40%.

Such volatility is traditionally found in small-cap penny stock trading—not national currencies. Yet, this is the difference between having a global reserve currency as a cushion and depending on that currency.

From this subservient fiat currency position, Sri Lanka’s energy minister summed up the dire situation as “There aren’t enough dollars available to open letters of credit.”

In other words, despite the Fed’s unprecedented money supply increase that caused its inflationary devaluation, the dollar is comparatively superior to any other currency. This is its Bretton Woods legacy. As such, it is so high in demand that indebted nations can’t even use it for more debts—or is it?

El Salvador: The Beginning of a New Bretton Woods?

On Monday, May 16th, El Salvador’s president Nayib Bukele said he hosted a major central banking event. Already dubbed the Davos for Bitcoin, it gathered 32 central banks and 12 financial institutions from 44 countries. Without being the first nation to make Bitcoin legal tender, it is highly unlikely that this small country would become a host for such a gathering.

Many of the attendees represent developing nations on the Sri Lankan road to economic turmoil.

The topic of the conference is financial inclusion. This term has been abraded from use. As the Bretton Woods byproduct, the not-invited International Monetary Fund (IMF) has been using it to onboard nations into its debt system. While the organization was tasked to help developed countries and manage financial crises, there is little evidence for this.

Nathan Jensen, professor of political science in Arts & Sciences at Washington University in St. Louis, author of an IMF study published in the Journal of Conflict Resolution, says,

“My analysis of economic trends in 68 countries over nearly three decades shows that countries signing IMF agreements attract about 25 percent less foreign direct investment than countries not under IMF agreements,”

To check the IMF’s performance level today, one only has to see the Bank of England’s recent statement warning of “apocalyptic” famine. The governor said that:

“There’s a major worry for the developing world as well. And so if I had to sort of, sorry for being apocalyptic for a moment, but that is a major concern.”

When extra fat is stripped away, the world’s core issue is scrambled money allocation signaling. Central banks use their monetary tools to deal with temporary issues, often under political pressure. In turn, they create a domino of unintended consequences that keep piling up.

As a decentralized money network outside of central banking, Bitcoin was designed to solve this money allocation problem, as noted by its embedded Genesis block message. El Salvador’s conference is the first step in educating central bankers on how this could happen. In charge of this education is the team with practical know-how, having developed their very own Bitcoin wallet.

Nicolas Burtey, the founder of Galoy Money behind the Bitcoin Beach wallet, noted that central bankers from developing countries have much to learn, but he was pleased to answer the most common questions.

Some of the questions asked:

– how do we ensure consumer protection with bitcoin?
– if the price go down, how can we refund the user for what they lost?
– why are the benefits of bitcoin versus CBDC?
– how to prevent money laundering?

While only 20% of El Salvador’s adults are using the state-sponsored Chivo wallet, the country has seen a 30% tourism spike just on the back of passing the Bitcoin tender law. Yet, it is safe to say this is just the beginning of a trend.

After all, it took ten years of Bitcoin development, including a variety of different Bitcoin wallets that progressively improved user experience and lowered entry barriers, to achieve the nationwide adoption milestone. A year from that, there was already a central banking conference in the same country to spur acceleration.

Whether El Salvador’s conference marks the beginning of a new Bretton Woods or not, it is clear that the Davos Agenda is pushing for digital financial inclusion. However, the WEF’s vision of this inclusion is through CBDCs. While central bank digital currency may be digital money, it doesn’t represent a monetary system reset.

On the contrary, central banks would have more leeway with programmable CBDCs than ever before, once again led by the Federal Reserve and the European Central Bank. Developing countries now have the option to pick an alternative path that would not lead to the same repeat of failed central banking policies.

Shane has been an active supporter of the movement towards decentralized finance since 2015. He has written hundreds of articles related to developments surrounding digital securities – the integration of traditional financial securities and distributed ledger technology (DLT). He remains fascinated by the growing impact technology has on economics – and everyday life.

Report: African crypto startups venture funding grows by over 1000% in 2022