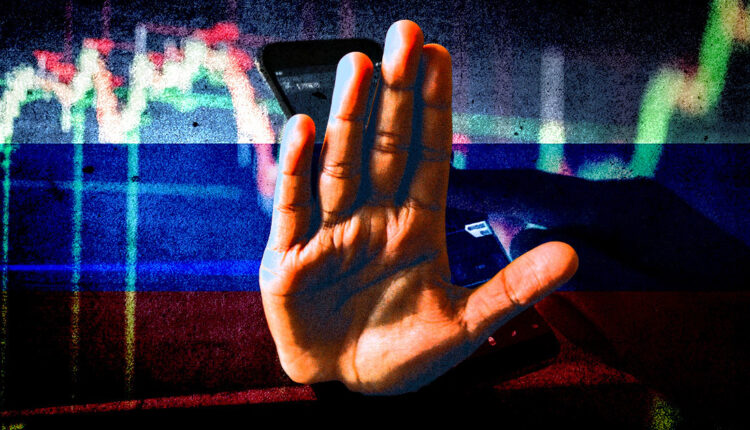 Announced in a blog post published on Tuesday, April 12, the Belarusian crypto exchange Currency.com says it will restrict its services for Russian users following Vladimir Putin’s invasion of Ukraine earlier this year.

“The Russian invasion of Ukraine brought violence and disorder to the people of Ukraine. We condemn the Russian aggression in the strongest possible terms. We stand with Ukraine and everyone who denounces this terrible war. In these circumstances, we can no longer continue to serve our clients from Russia,” the post from Currency.com reads.

📢 https://t.co/utaDc9wnIa halts operations for residents of the Russian Federation (Russia). Clients from other countries and regions will not be impacted by this decision.

As reported by Market Insider, Currency.com was established and registered in the Belarusian capital Minsk in 2018, and it is primarily focused on serving the Eastern European markets. Since then, though, the company has moved its headquarters to Gibraltar, but it still has an office in Minsk, as well as in Warsaw, Poland, and in New York in the U.S.

Many accuse Belarus of helping Russia

Following Russia’s invasion of Ukraine, most nations around the globe have imposed strict sanctions on Russia, as well as on Belarus. In the Russian case, even assets belonging to the Russian central bank have been frozen or confiscated. The two neighboring countries are close allies, as are their leaders, and many accuse Belarus of helping Russia by allowing them to use Belarusian territory to attack Ukraine.

Until now, most crypto exchanges have been anything but keen to ban Russian users as long as they are private individuals. U.S. authorities have warned crypto firms against helping Russia as a country and those individuals under sanctions.

As reported by CryptoSlate, anyone who seeks to help Russia bypass economic sanctions will be held accountable by the US government, said Deputy U.S. Treasury Secretary Wally Adeyemo.

“What we want to make very clear to crypto exchanges, to financial institutions, to individuals, to anyone who may be in a position to help Russia take advantage and evade our sanctions: We will hold you accountable,” Adeyemo said.

However, sanctions do not apply to ordinary Russians not listed on any sanctions lists. Some Russians are using crypto as a lifeline as the ruble has collapsed and millions of people have lost their life savings.

“Some ordinary Russians are using crypto as a lifeline now that their currency has collapsed. Many of them likely oppose what their country is doing, and a ban would hurt them, too,” Coinbase’s CEO Brian Armstrong said in a series of tweets last month. This stance has also been repeated by Kraken’s CEO Jesse Powell and Binance’s Changpeng Zhao, two of the other major crypto exchanges.

Western leaders have increasingly focused on the use of cryptocurrencies such as bitcoin (BTC) and ether (ETH) to evade sanctions, however, this fear has also been refuted by several analysts and observers, not the least by an extensive report by Chainalysis.

Who Was GameFi’s Biggest Winner in March | March Monthly Report