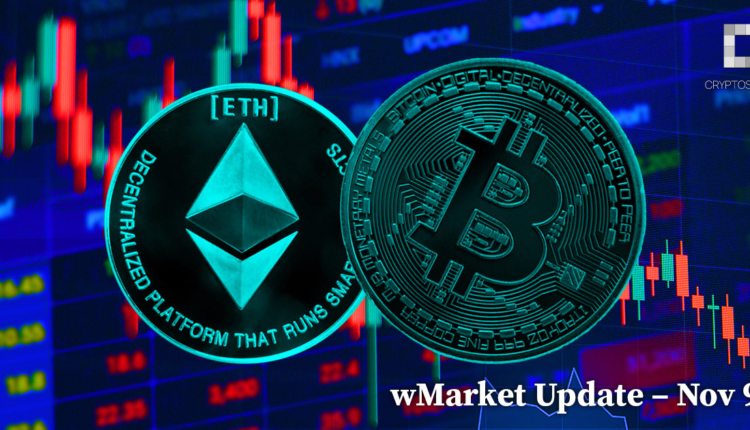 The top 10 cryptocurrencies recorded losses for the second consecutive day as the crypto market is still rocking from FTX’s implosion. Solana printed the highest loss with 25%, while Polygon was the only outlier with a 0.2% gain. BTC and ETH fell 7.25% and 1.95%, respectively.

ETH struggled to stay above the $1,100 level as the second-largest digital asset was also affected by the FTX implosion. The asset bottomed at $1,083 over the reporting period.

The native token of the failed Terra ecosystem is also one of the day’s biggest gainers. It is up 12.68% over the reporting period to $0.00019 as of press time. Its market cap stood at $1.25 billion.

FTT continues its rut, shedding 40.08% of its value over the last 24 hours to $2.63 as of press time. The exchange was rocked by news of Binance pulling out of its acquisition deal. Its market cap stood at $350.69 million.

CTC recorded a 17% loss over the last 24 hours to trade at $0.37 as of press time. The affiliate & content marketing protocol has fallen by 30% on the seven days metrics. Its market cap stood at $77.44 million.

Bitcoin spikes to $17,800 on better than expected CPI data