BUSD worth $6.2B withdrawn from exchanges in 30 days 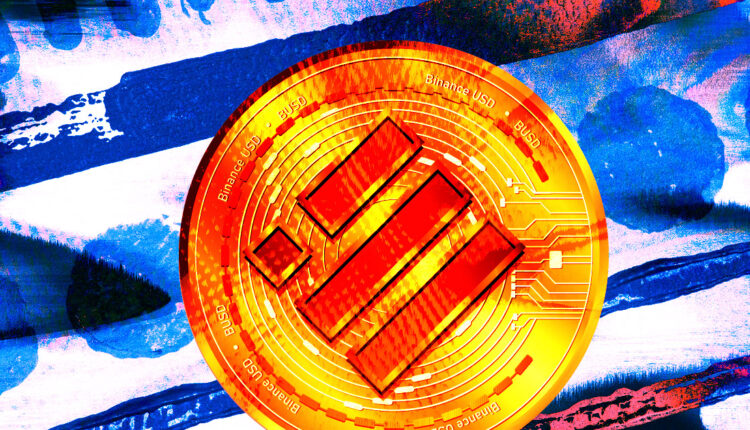 In the last 30 days, $6.2 billion worth of BinanceUSD (BUSD) was withdrawn from exchanges, according to Glassnode data as analyzed by CryptoSlate.

The chart below represents the exchange net position change of BUSD on exchanges. The green spikes indicate a BUSD inflow, while the red ones represent an outflow. According to the chart, BUSD outflows started in late November 2022 and surged massively throughout December 2022.

During this period, BUSD’s supply dropped below $20 billion for the first time since September 2022.

The Binance-backed stablecoin’s market cap declined by over 15% following a surge in withdrawals on the exchange. Crypto investors massively converted their BUSD holdings into other stablecoins like USD Coin (USDC) and Tether (USDT) as FUD was raised about Binance’s financial health.

In mid-Dec., Binance recorded unprecedented outflows from its reserves –at the peak of the FUD, it processed $6.6 billion in withdrawals over a seven days period.

Further analysis showed that $2 billion BUSD was withdrawn since Dec. 15. According to Glassnode data, the stablecoin supply shrunk to $16.42 billion from $18.64 billion as of press time.

Meanwhile, the above chart shows that BUSD’s balance on exchanges dipped below $16 billion. According to the chart, $13.2 billion is currently sitting on exchanges, with the majority on Binance.

Nansen’s data showed that over $11 billion BUSD sits on Binance –this is roughly 24% of the exchange’s $53.85 billion reserve. Another $26.83 million is currently on Crypto.com.