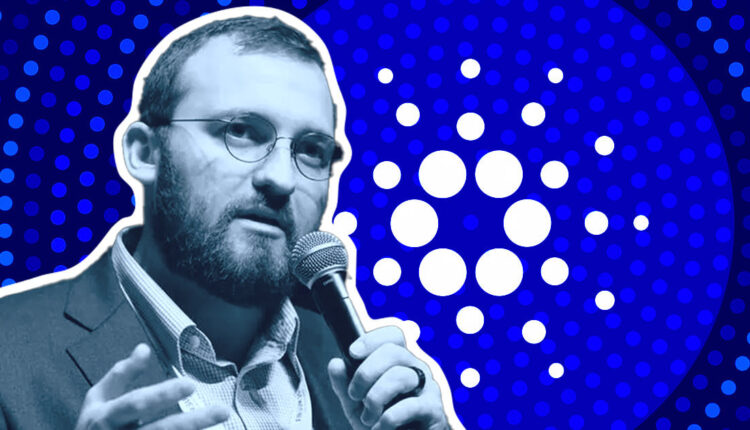 Input Output CEO Charles Hoskinson admits he wrongly predicted there would be thousands of assets and dApps on Cardano. Instead, he smugly declares there are now millions of native assets and hundreds of dApps.

Remember when I predicted thousands of assets and DApps on Cardano? Well I was wrong, there are now millions of native assets issued and DApps are now in the hundreds. #SlowAndSteady https://t.co/mK4So6NHa1

The comment was in reference to a July 2020 tweet, which caused a stir based on detractors calling it pie in the sky thinking.

One such detractor was Alex Saunders of Nuggets News, who, at that time, said the limited number of experienced Haskell devs doesn’t support those numbers. However, he sees this happening in five years, not one year, as Hoskinson had foretold.

“I’ll take the other side of that bet. There is no way earth you’ll have 1000s of dApps in 1 year. There’s not even that many devs familiar with your system. I do think you can get there in 5. Sorry@IOHK_Charles let’s keep it realistic. $ADA.”

Saunders has since abandoned his socials following allegations of failure or inability to pay money owed to friends and followers.

While Hoskinson’s 2020 call has been exceeded, albeit with a skewed timeline, what good is that without “killer” dApps?

Where are the usable “killer” dApps?

According to Coinmonks, Cardano has a total of 199 dApps in various states of development. Of those, just 17 are live and usable.

In addition, none (to date) have hit it off in the same way as OpenSea on Ethereum, PancakeSwap on Binance Smart Chain, or Magic Eden on Solana, to name a few.

While Cardano’s architecture and development approach seem rock solid, without “killer” dApps that users want to use, it will continue losing ground to the other Layers 1, who seemingly prioritize user experience over unglamorous “under the hood” development.

Nonetheless, investment website Seeking Alpha says Cardano is “on the brink of a decentralized app (DAPP) explosion,” which, if it goes to plan, could see ADA hit 33% of Ethereum’s market cap, giving a predicted price of $3.75.

Cardano (ADA) is on a tear

Cardano has been down-trending since the Alonzo smart contract upgrade went live in mid-September 2021. But a stellar performance over the last week sees ADA up 35%, making it the biggest large-cap percentage gainer.

On Wednesday, bulls pushed the price decisively above the 50-day moving average, also breaking the six-and-a-half-month downtrend line in the process. Today sees a continuation of bullishness, with ADA up 14% over the last 24-hours at the time of writing.

The Relative Strength Index (RSI) takes a sharp increase into overbought territory, current at 73 – a level not seen since late August, in the run-up to ADA’s all-time high of $3.11.

Signs point to a trend reversal. But it remains to be seen whether the fundamentals, primarily the coming dApp releases and whether they hit mass-market appeal, can sustain this momentum.